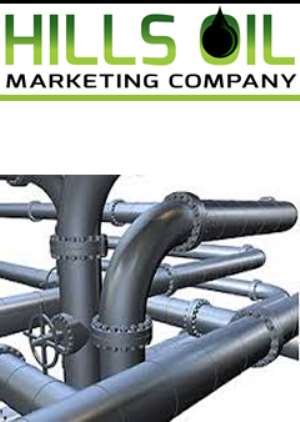 Hills Oil Marketing Company Limited has released an official statement which seeks to put the records right on its tax issues following a recent report from the Auditor-General's quarters suggesting tax default.

Here is the full statement signed by its General Manager, Mr. Peter Arkorful.

A PRESS STATEMENT ON THE DEFAULT IN TAX PAYMENT PUBLISHED BY THE 2018 AUDITOR GENERAL’S REPORT; ISSUED BY HILLS OIL MARKETING COMPANY LIMITED

Hills Oil Marketing Company has observed with concern, media reports and misrepresentations made by sections of the public from the 2018 report of the Auditor General’s Department suggesting inter alia:

Hills Oil Marketing finds these allegations as unfortunate and undesirable and views them as factual inexactitude and therefore, wishes to clarify the issue.

We assure our customers, stakeholders and the public that, as a licensed oil marketing company, our compliance with the regulations of the petroleum industry and the laws of Ghana remains unrivalled as we cooperate fully with regulators.