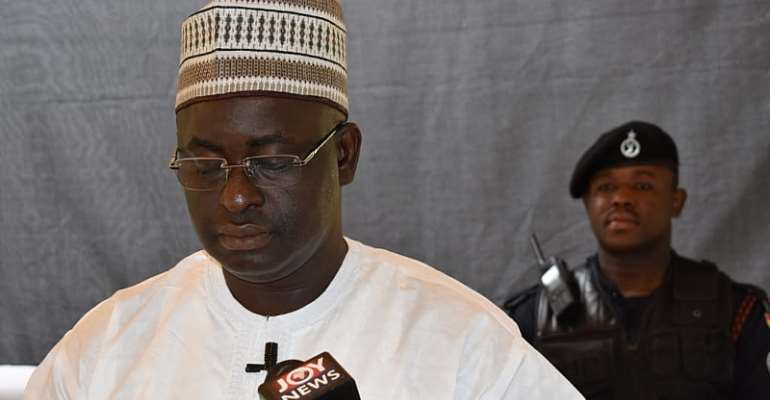 Dr Hafiz Bin Salih, the Upper West Regional Minister, has urged the Muslims community to follow the lessons of the Eid Ul-Adha such as doing good deeds and helping the less privileged people in society, in obedience to Allah.

“The significance of Eid Ul-Adha cannot be overemphasized as it offers important lesion in giving and building relationships. It is an occasion that reminds us of the sacrifice Prophet Ibrahim made in obedience to the will of almighty Allah”, he said.

The Regional Minister made the call in Wa when he Joined scores of Muslims to offer prayers to Allah to mark the Eid Ul-Adha celebration.

He said religion had an important role to play in national unity and development and the general wellbeing of all Ghanaians and called on the Muslim fraternity to be ambassadors of peace in their communities and wherever they found themselves.

Dr Bin Salih also touched on government initiatives and programmes geared towards improving the livelihoods of the people including the Planting for Food and Jobs, Ghana Productive Safety Net Project (GPSNP) and Rearing for Food and Jobs among others.

He also expressed worry about the rate of Open Defecation in the region, particularly, within the Wa Municipality and called on traditional authorities and opinion leaders to brace up and support the Municipal Assembly in fighting the menace.

The Regional Minister wondered why people still defecate in the open and said it was a dent on their dignity.

Mr Maulvi Muzafar Chaudry Ahmed, the Upper West Zonal Missionary of the Ahmadiyya Muslim Mission, admonished the congregants that the sacrifice of animals during the season was not prerequisite for them to see God but the fear of God in their heart.

He explained that sacrificing the animals was in remembrance of the sacrifice Ibrahim and Ishmail offered to God in the valley of Mecca in obedience to Allah.

Mr Chaudry Ahmed, therefore, advised the people to have the fear of God in their heart and to obey him at all times not with only in words but also in action.