Displaced by fighting, Libyans fear ending up 'on the street' 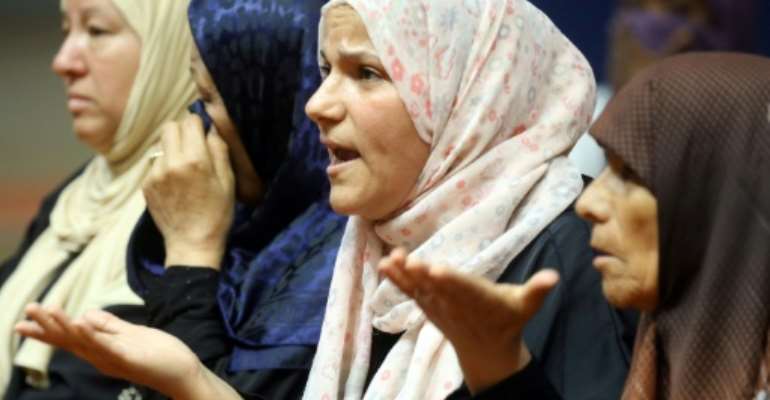 Some 50 people displaced by fighting in southern Tripoli told of their struggles at a gathering organised by a charity in the Libyan capital. By Mahmud TURKIA (AFP/File)

Libyans who fled fighting outside Tripoli dream of returning to their homes as they prepare for the Eid al-Adha festival with heavy hearts, worried they will end up living on the streets.

In early April, Mohamad Kreir and his family fled their home south of capital as fierce clashes flared between rival forces turning the area into a battleground within hours.

Kreir and others like him were moved into hotels paid for by a crisis committee set up by the Tripoli-based UN-recognised Government of National Accord (GNA) to cope with the influx of displaced.

The committee is now asking them to leave the hotels but has given no reason for its decision.

"A few days ago, they tell us we have to leave the hotel. What should I do? Live in the street with my family? I have nowhere to go," Kreir said.

Another man added: "My family and I are at a hotel and I don't even have a quarter dinar in my pocket."

They were speaking during a gathering of some 50 displaced people in a gymnasium organised by an NGO in the Libyan capital.

"I realised that the crisis they're going through is more serious than Eid," said Entisar Elgleib, head of a Libyan coalition of civil society organisations, who attended the gathering.

Eid al-Adha is usually a time of festivities, but for many of the displaced families, this year's holiday will be a frugal one, as the fighting drags on around Tripoli and many complain of dwindling savings.

Kreir recalled how he and his family fled their home near the Al-Toghar mosque in the Swani district after Libyan strongman Khalifa Haftar launched in early April an assault to seize Tripoli from the GNA. 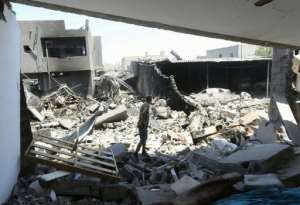 "We left in a rush without taking even the bare minimum," he said, before the crisis committee set them up in a hotel.

In his 50s, Kreir still suffers from the effects of a stroke he had a few years ago and struggles to stay upright.

Fatma Bachir, a married mother of two, lived in Khallet al-Ferjan in southern Tripoli, one of the first areas where fighting caused residents to flee.

An official at the postal service, Bachir has spent all her savings since leaving her home.

"Since then, we moved from one house to another staying with relatives before going to a hotel for the month of Ramadan."

This situation is "abnormal and unbearable. We are going to end up in the street, in debt", Bachir added.

According to a report released Friday by the UN refugee agency, fighting on the outskirts of Tripoli has killed 1,093 people, wounded 5,752 and displaced 120,000. 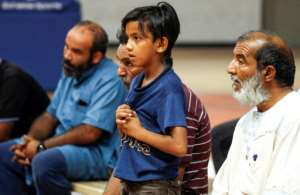 Many families who fled the violence are dissatisfied with the crisis committee's efforts at support.

But committee member Abdel Barri Chenbar told a news conference last week that since its creation, the crisis committee has "been able to provide some solutions".

"The GNA has allocated 10 million dinars to refurbish public buildings to house families staying in schools" since April, he said.

But Elgleib said the committee "is not close enough to the people and its response is slow" and called for authorities to meet with the families effected by the fighting.

"A displaced person doesn't need a litre of oil or a can of tomato paste... but to be listened to", she said.

With the lack of prospects and money, some say they prefer to return to their homes, even if these areas are still considered dangerous.

"I want to go home even though I fear for my children because of the security situation and the fighting," Kreir said.