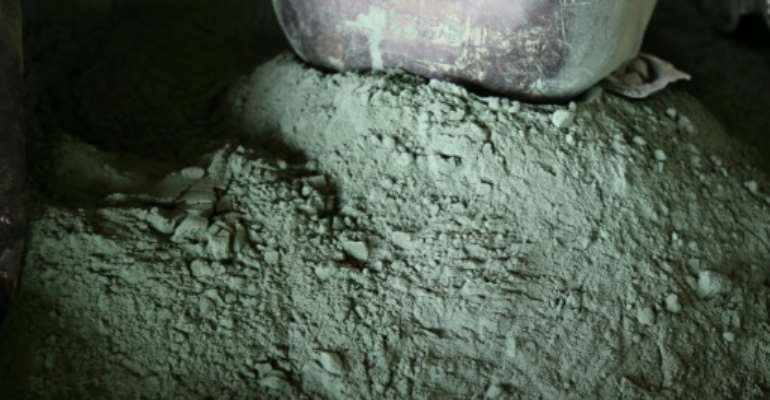 Cobalt has been losing its lustre. By Lucien KAHOZI (AFP)

Cobalt hit the headlines Wednesday after Glencore shut a key African facility that mines the rare metal -- and blamed prices that have been tumbling from highs seen in recent years on battery demand.

Zurich-based resources giant Glencore, which also announced slumping first-half profits, decided to temporarily halt output at its Mutanda mine in the southern Katanga province of the Democratic Republic of Congo.

Here are some things to know about the metal's changing fortunes.

Cobalt is a strategic grey metal which possesses unique properties that make it ideal for high-end technology -- and also for its blue pigmentation for colouring.

The metal is an essential component for batteries in smartphones and electric cars, and also used in the aerospace sector as a super-alloy in engines.

Many investors regard cobalt as a key component to help herald a green revolution in the auto industry.

"Cobalt is used in pigments and colouring -- for glass, for example -- but investors and miners have become excited about the element because of its use in batteries and especially lithium-ion cathodes," said investment director Russ Mould at British brokerage AJ Bell.

"This means that cobalt is a very important raw material for portable electronic devices and also potentially electric vehicles," he told AFP.

The rare earth metal is usually mined as a by-product of nickel and copper, he said.

Why did prices slump?

Cobalt surged between 2016 and 2018 as more carmakers unveiled long-term plans to phase out high-polluting diesel and petrol vehicles - -in favour of greener electric models that use batteries.

That persuaded producing nations -- including Australia, Canada, Russia and Zambia -- to ramp up cobalt output to meet battery demand. 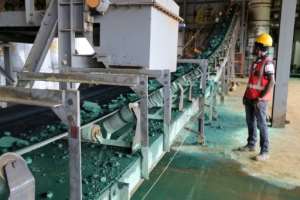 Yet prices tumbled this year to strike a three-year low in July, as investors eyed abundant supplies -- and questioned the strength of demand from both car and smartphone manufacturers.

"According to data from the London Metal Exchange, cobalt prices are down by some 40 percent from their peak this year to $12 per pound," Mould said.

"The reason is a surge in supply, particularly from mines in the Democratic Republic of Congo, where Glencore is now curtailing activity at the Mutanda mine in response.

"Smartphone volumes have begun to stall and it is still relatively early days for the electric vehicle market."

What is the outlook?

Market commentators do not expect demand to outpace those plentiful supplies for another three years.

Sentiment is also hampered by global economic turmoil and simmering trade tensions between China and the United States. 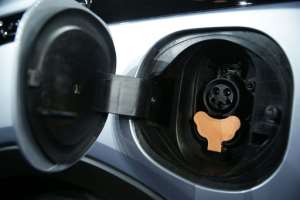 "The market balance is expected to turn in 2022, at which point demand growth is outpacing supply."

The production halt at the Mutanda project in DRC's southern Katanga province came in response to the mine's "reduced economic viability," as prices for the battery metal fell, according to Glencore.

The DRC is the biggest producer with almost three quarters of world output in 2018, according to Darton Commodities.

JHS Not Increased To Four Years Or Reduced SHS Duration – Na...
44 minutes ago

We've Been Begging To Survive Over Closure Of Our Shops – N...
44 minutes ago