UN raises fears over Ivorian migrants turned back by Tunisia 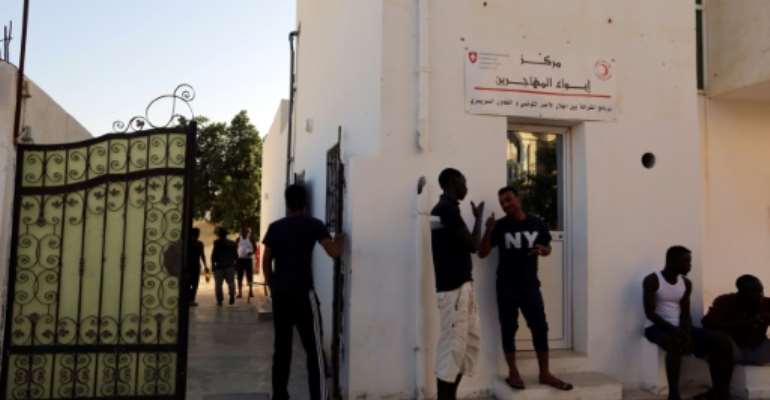 African migrants gather at a migrant centre in the south eastern Tunisia town of Medenine in August 2018. By FATHI NASRI (AFP/File)

The United Nations sounded the alarm Wednesday over the safety of 36 Ivorian migrants, including children and women, turned back by Tunisian authorities on the border with Libya.

The UN office in Tunis said it had been informed that the migrants, including a pregnant woman, were sent back on August 4.

It expressed concern over sanitary conditions, food supplies and the group's safety if they were sent back to Libya.

Tunisia's defence ministry has said 53 Ivorians and Sudanese arriving from Libya by land were arrested Sunday in the southern border area of Medenine.

They were sent them back to Libyan territory, it said.

Rights groups said 36 Ivorians including 11 women and three babies had been intercepted and "abandoned in a tough climate".

They urged Tunisian authorities to allow the migrants "to enter urgently into Tunisian territory so that they can be taken care of by humanitarian organisations".

Libya has been mired in chaos since a NATO-backed uprising that toppled and killed dictator Moamer Kadhafi in 2011, and people-smuggling gangs have flourished.