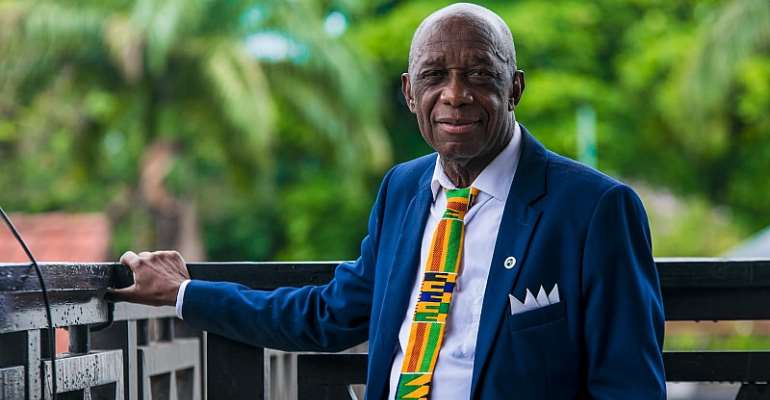 The Founder of Guba Awards Akosua Dentaa Amoteng was introduced to the US Congressional Delegation recently by Dr. Thomas Mensah Founder of Silicon Valley of Ghana at a Dinner meeting in Movenpick Hotel in Accra.

The Guba Awards has taken place in the United Kingdom for the past decade and will move to the United States for the first time in September 2019.

This year the Awards are centered on Sustainable Development Goals.- SDG. Six Heads of States are invited to the Guba Awards as well as the President of the Ecowas Commission.

Dr. Thomas Mensah has worked with members of the US Congressional delegation for over 10 years participating in the Congressional Black Caucus retreat in Tunica Mississippi, led by Majority leader James Clyburn and Benie Thompson current Chairman of Homeland Security. He also participates in the Annual Legislative Weekend and Gala in Washington DC.

This year, Dentaa Amoateng will attend the Washington DC event that takes place a week before the Guba Awards Program in New York City.

Covid-19: 5G Network Is Not The Cause – NCA To Ghanaians
3 hours ago