Minister Lauds The Critical Role Of GPRTU In National Development 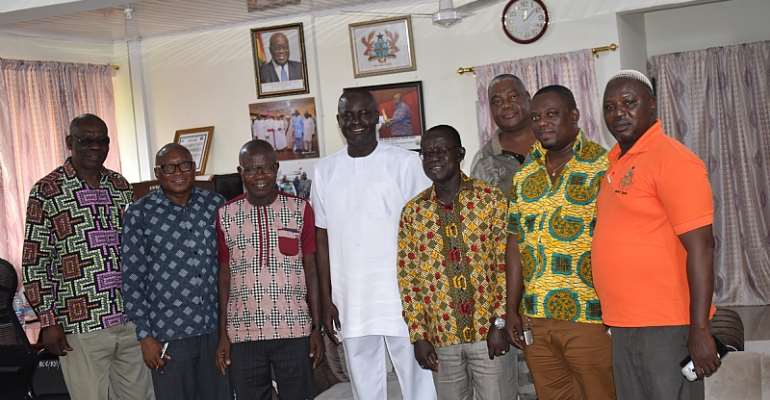 There is the need for every government to work closely with the Ghana Private Road Transport Union (GPRTU) to enable it to succeed, Dr. Hafiz Bin Salih, the Upper West Regional Minister, has said.

Interacting with a team from the GPRTU when they paid a courtesy call on him in his Office on Monday, he said the President Akuffo-Addo led government had recognized the invaluable role of the Union in national development and would create an enabling environment for it to thrive.

“For any government to succeed you need to liaise with the GPRTU, and that is why when I came as Regional Minister, I visited the branch here”, Dr Bin Salih said.

He said the provision of busses to the GPRTU was part of the president’s commitment to improving their activities and added that plans were advanced to supply more busses to the union.

“We had a discussed at the highest level and it was decided that these busses should be made available to the GPRTU and that even beyond these ones more busses will be brought in and be given to the GPRTU”, Dr. Bin Salih added.

The Regional Minister also indicated that the Wa-Sawla road had been awarded on contract for rehabilitation to reduce the challenges motorists faced in using that road as it was in a deplorable state, but said: “the some of the contractors are not up and doing”.

On security, Dr. Bin Salih said he had negotiated with the Interior Minister to provide the Regional Police Command with two vehicles to enable them to patrol on the Wa-Sawla highway to help reduce the armed robbery cases in the area, and assured the GPRTU that all their concerns will be met.

On his part, Robert Sarbah, the National Vice President of the GPRTU, commended the Regional Minister for his resolve to facilitate the rehabilitation of the Wa-Sawla road.