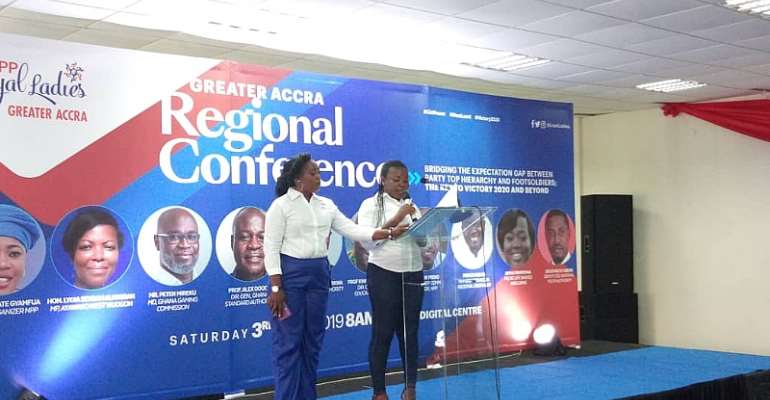 President of the Greater Accra wing of the New Patriotic Party’s (NPP) Loyal Ladies group, Maame Adwoa Pomaa Sanwu, has affirmed the need for the party’s top hierarchy to pay attention to the foot soldiers whose efforts wrestled power from the National Democratic Congress (NDC).

She further warned that neglecting the grassroots will prove disastrous for the NPP in the future.

The Loyal Ladies is a volunteer group under the youth wing of the ruling government that played a key role to ensure the party booted the erstwhile Mahama administration out of government.

Ahead of the 2020 General Elections where their unending campaign and continuous canvassing across every corner of the country will be instrumental, many of their members have raised concerns over what they describe as total neglect from some of the party’s top hierarchy since taking back power close to three years ago.

This according to them has the tendency of forcing members to lose their passion to campaign ahead of the 2020 general elections where the NPP is targeting to retain their seat in government.

Speaking at the annual Regional Conference of the Loyal Ladies on Saturday, August 3, 2019, at the Accra Digital Center on the theme, “Bridging the expectation gap between party top hierarchy and foot soldiers; the key to victory 2020 and beyond”, Adwoa Pomaa Sanwu shared that though government has a larger responsibility now, it must not forget individuals that sacrificed to win power from the NDC.

“The hard work and loyalty of such persons must never be forgotten although responsibilities may increase. The quest to see the nation develop must not also make us forget the hard work of such individuals, some of whom may have lost their jobs, properties or families in their quest to see out party attain power”, she said.

She added, “Neglecting our grassroots can be disastrous to our party’s progress. Concerns have been raised about how distant the top hierarchy of the party is as well as government appointees from the grassroots”.

Meanwhile, founder of the Loyal Ladies group, Nana Appiah Ampofo and other party executives who graced the conference as invited guests have assured the group that government is committed to sorting each loyalist out.

Nana Appiah indicated, “My wish is that everybody in this room is sorted, you will have your dream come true. But the reality is also that we have been in power for two and a half years. We are going to three years and it’s impossible to do all this within this time. But am telling you today that as long as the New Patriotic Party stays in power, everybody will get what they deserve”. 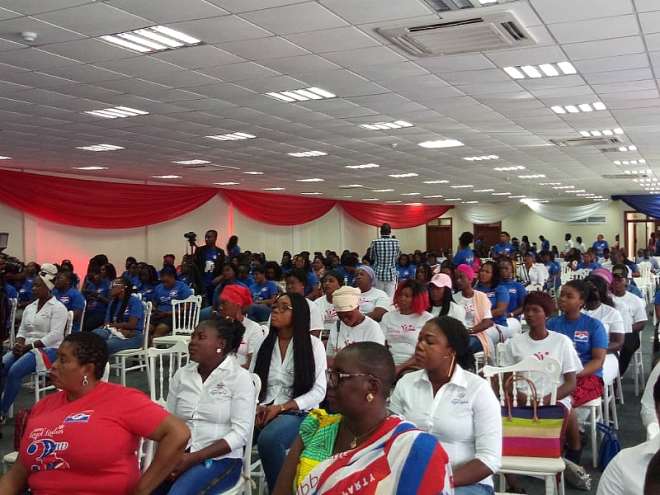