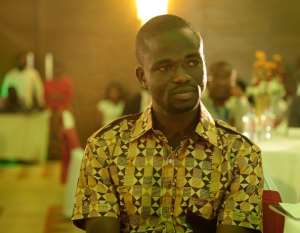 Manasseh’s resignation comes barely a week after the National Media Commission (NMC) described the “Militia in the Heart of the Nation” he authored for JoyNews, a subsidiary of Multimedia Group as misleading and a misrepresentation.

The 22-minute documentary sought to portray that the group, D-Eye, had been uncovered training and operating at the Christianborg Castle at Osu in Accra, which is a "security zone" with the complicity of the New Patriotic Party (NPP)-led government.

The government condemned the documentary, filed a petition against JoyNews at NMC, and asked for an order for a retraction and an apology.

Prior to this, management of the media firm issued an apology following concerns that the documentary sought to suggest that the President knew about the activities of the militia group at the Castle yet refused to order for their evacuation, stressing that it was certainly not the case.

“Our documentary did not create any such impression, and I think it’s important to stress that point," said Malik Daabu, editor of myjoyonline. "All our documentary did was to report on what was happening… the only thing our documentary mentioned was that the person who was leading this group was a former bodyguard of the president when he was not president.”

“He (Nana Akufo-Addo) was an ordinary citizen, a candidate of a political party. Our documentary actually pointed out that this person had been sacked so the unfortunate impression created that the president was nursing these guys while at the same time condemning this was not on the basis of our documentary, and it’s important to state that any such impressions or inconvenience caused the president is regretted.”

It is unclear why Manasseh has resigned but sources say he was unhappy management apologised in that regard.

In a note published on his personal website, he expressed utmost gratitude to his former employers, colleagues and everyone who has been helpful to him.

“I wish to announce my resignation from The Multimedia Group.

I thank management of company for the opportunity to work with what in my view is the most credible, influential, impactful and daring media organistion in Ghana. I thank them for their support and encouragement all these years. It is no doubt that if I were to work again in a media house in Ghana, I would choose The Multimedia Group.

I will continue to serve Ghana as a freelance investigative journalist and dedicate more time to the writing of books.