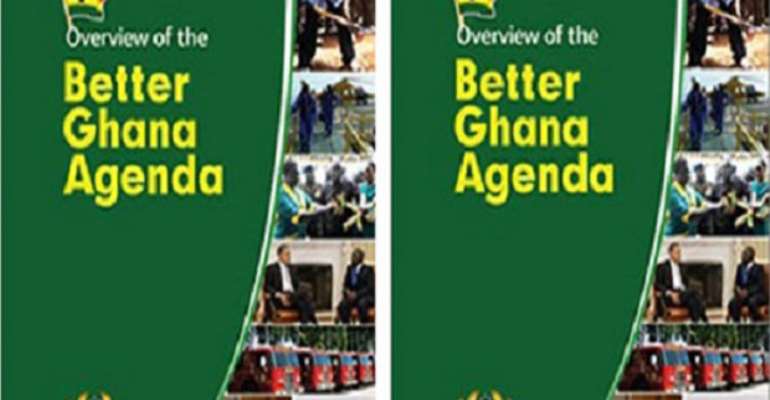 The Green Book of the National Democratic Congress (NDC) gained notoriety for lies and propaganda; its contents nothing but ruses intended to win over the vulnerable and gullible.

With this class of the electorate now shrunk to an all-time low, the party will have to go and return to the drawing board to consider alternative ways of deception, the Goebel-grade no longer effective.

Deception as a political tool will soon be exposed when its patrons fail to make good their promises which are always the case in such matters.

The ongoing good governance and verifiable projects, not the kind contained in the Green Book, are not helping the NDC; they present Ghanaians with an opportunity to differentiate between lies and the truth, sincerity and hypocrisy.

Lies by a political party will soon catch up with them with the elapsing days. The many roads the NDC claimed to have constructed or even upgraded present motorists with such nightmare that they wonder which first class roads the opposition party captured in their list of feats as captured in the Green Book.

If the Green Book failed to change minds they might consider changing the colour ahead of next year's polls but whether the colour really matters or not will soon be noticeable.

The rainy season which is yet to elapse has exposed the so-called road projects of the NDC, especially in the cocoa producing areas in the Western Region.

The Finance Minister could not afford referring to the offensive lies in the Green Book when he addressed Parliament on Monday. He said his party would work on the many bad roads which were not treated yet presented to Ghanaians as such.

Propaganda should never be hinged upon projects because like fiscal figures those behind the lies would sooner than later be exposed as the NDC has during this season when gravel veneered potholes are stripped of the cover so palpably that they cannot escape notice.

It is ironic that the NDC is asking their successors to fix the roads. So what has become of the beautiful catalogue of so-called constructed and upgraded road network?

Shutting up and allowing those who have inherited the woes they created for the country is the best option.

We have observed the attempts by the NDC at deriding the flagship projects of the New Patriotic Party (NPP). We cannot but join other Ghanaians in relishing Vice-President Mahamudu Bawumia's jab at the NDC when he told them that the 'One Village, One Dam' project is a reality and verifiable unlike the guinea fowl project into which so much public funds were sunk yet nothing tangible came out of it even as the fictional guinea fowls continue to live outside the country's jurisdiction.

For a party which had a yet-to-be rivaled number of years at the helm, the NDC should have fixed almost all the bad roads in the country especially those in the cocoa and cash crop growing areas of the country.

NDC symbolises hypocrisy; their hypocritical character far from being in tandem with acceptable norms. That is why when they go overdrive with their lies as they always do there is no dearth of responses to their propaganda.