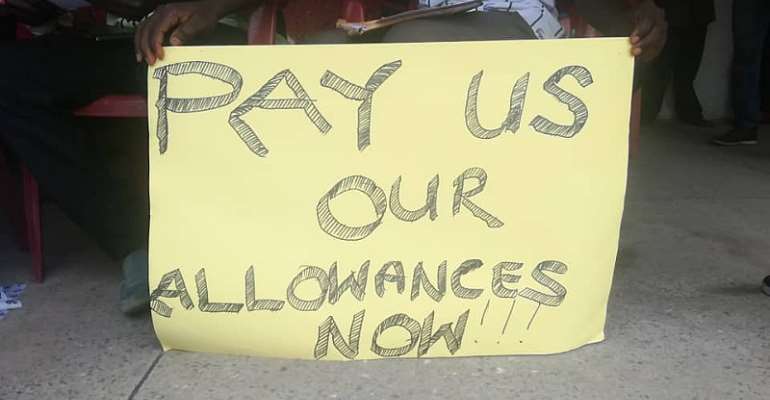 Some beneficiaries of the youth in Afforestation program are threatening to embark on a demonstration if the government fails to pay their accrued three months allowance.

According to the concerned beneficiaries, they have only received 9-month salaries out of the 12 months period they have been engaged so far.

In an interview with Citi News, a spokesperson for the concerned beneficiaries who identified himself as jus Ahmed for fear of victimization lamented the inconsistency from the government.

“The payment is inconsistent. They pay you this month, they will not pay you the following month. That is what they have been doing and it has been affecting us.”

He said the workers now viewed the media as their last resort following earlier agitations.

“If the media calls the authorities to order and they fail to act, we will then have no option but to demonstrate,” Ahmed stated.

He, however, claimed that previous attempts to protest have been made difficult by the police.

“We have been planning to embark on a demonstration but the police have been frustrating our efforts. So I think, this time around, we need to seek the assistance of a legal practitioner.”

In March, some beneficiaries of the programme staged a demonstration over the delays in the payment of allowances due them.

In June, the Chief Executive Officer of the Forestry Commission, John Owusu Afriyie, assured that salaries owed recruits would be paid by the close of June 2019 .

Kwadwo Owusu Afriyie had earlier explained that some of the beneficiaries were enrolled on other government youth intervention programs and may have been receiving double allowances so his outfit has expunged their names from the Commission's register.