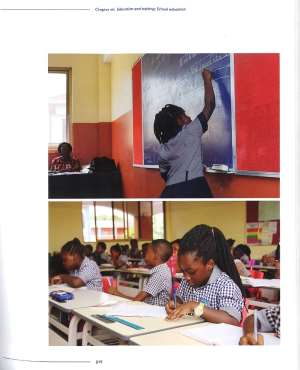 Soul Clinic International School's history began 20 years after a political association of 53 member states, nearly all of the former territories of the British Empire was formed.

In a glorious attempt to commemorate the rich commonwealth history, the British Parliament commissioned a book titled, "The Commonwealth at 70; From Westminster to the World". It pays glowing tribute to icons from commonwealth states who have been able to distinguish themselves in representing the excellence that the British Empire stands for.

Soul Clinic International School was featured on page 218, as part of the Commonwealth's celebration of education. Soul Clinic International School is greatly honored to be part of this prestigious documentation, as the school represents a new era in telling positive stories from the continent. In the feature titled, "Nurturing the soul", the school is depicted as fostering academic excellence by teaching a creative and wide-ranging curriculum. It presents a picture of students who are ready to compete with peers from across the world and aren't hampered by limitations.

In the feature, Soul Clinic is presented as a serene environment, where the students lack eagerness to leave after the closing bell. Speaking with the writer, Executive Director of the school, gave insight on the School's standard practices, it's academic record with the IGCSE exams and supporting talent through extra curricular activities. According to Mrs. Salwa McCaulley, "we want the children to look forward to coming to school".

Many wonder why this feature is important. This is because a child's school must be a second home. Where they can be comfortable and truly enjoy their academic journey, benefiting from an extra curricular club and the gift of play.

The Teaching Staff of Soul Clinic known as the "A Team" are steady guides behind Soul Clinic's students, equipping them for the world, with the support of their Parents against all the odds.

Soul Clinic International School has proven to be not only Ghana's standard for excellence, but a Commonwealth gem and God's Pride and Joy of many Generations to come.