NDC to Recapture the Techiman South Seat in 2020 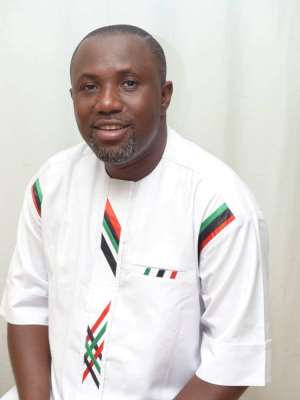 Delegates of the National Democratic Congress in the Techiman South constituency have expressed the hope that the emergence of a new entrant into the political landscape to contest the seat will increase the fortunes of the NDC to unseat the incumbent NPP Member of Parliament in 2020.

The rank and file of the party have observed and made the conclusion that the NDC will gain political points to win back the Techiman South Constituency seat if William MunufieAmankona aka Bongo is chosen as the Parliamentary Candidate to represent the NDC in the 2020 elections. Supporters of the party based their conclusion on the recent opinion poll by the Bureau of National Investigation regarding the chances of the contenders in which Mr. Munufie topped the list of contenders for the impending parliamentary candidacy elections slated for August 2019.

The inception of the 4th republic saw the NDC winning the seat from 1992 until the 2000 elections when it was ceded to the NPP. The NDC took the seat back in 2004 to 2016. The apathy exhibited by the rank and file of the party coupled with the infighting among executives led to the devastating defeat for both the presidential and parliamentary in that constituency.

The NDC supporters have since learned their lessons from the defeat and have identified William Munufie Amankona as the one to assist the party to recapture power from the incumbent NPP. The rank and file of the party believe he will be the best person to partner H.E. John Mahama to bring massive development to the constituency.

William Munufie Amankona, a Trainee Lawyer resides in Finland and United Kingdom where he had his tertiary education and has worked as a Travel Consultant for many years. His educational and professional background in Europe exposed him to some of the best practices regarding governance and development. He is also a Youth activist who has helped the needy in the fields of education and artisanship most especially in the field of Information Technology (I .T). A lot of people can attest to his generosity to the needy in the constituency and due to that, most of the rank and file of the party have urged him on to contest and have vowed to go to every nook and cranny of the constituency to campaign for him.

It is my firm belief that NDC stands the chance of recapturing power from the NPP if William Munufie Amankona is chosen by delegates to represent the party in the parliamentary elections in 2020.