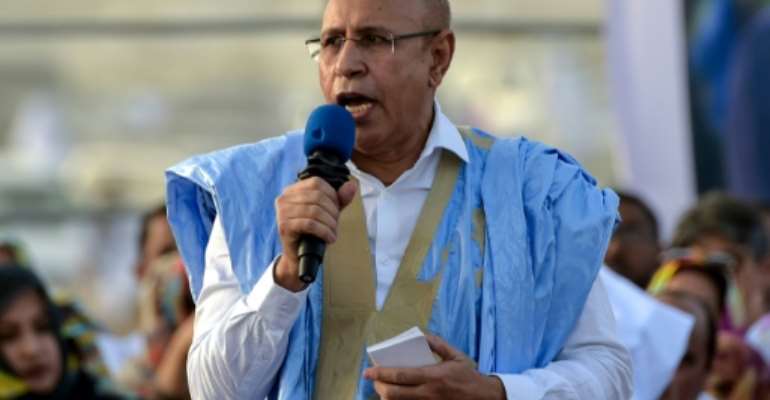 The Constitutional Council, the highest authority on Mauritania's founding law, rejected an opposition challenge and said Ghazouani had won the June 22 ballot with an absolute majority of 52 percent.

He will on August 2 officially take over the presidency from close ally Mohamed Ould Abdel Aziz, who is stepping down after serving the maximum two five-year terms.

On Friday, Ghazouani hailed the beginning of "democratic pluralism" in the conservative West African country. The election represented Mauritania's first democratic transition of power since independence from France in 1960.

There were some polling stations where Ghazouani officially "won 100 percent or more" of the vote, claimed candidate Biram Ould Dah Ould Abeid.

The opposition's own analysis showed he could not have taken more than 48.5 percent overall, the candidates added.

Claiming hundreds of people were arrested in a crackdown on post-poll protests, the opposition had lodged an appeal to void the result with the Constitutional Council.

That challenge was rejected on Monday.

Following the ballot, police raided opposition party headquarters, clashed with opposition supporters, and announced last week they had arrested more than 100 foreigners accused of working with domestic opposition parties to destabilise the country through protests.

There was also a three-day internet blackout.

Rights groups accuse Mauritania's government of restricting freedom of expression and assembly, and demand the nation does more to counter violence against women and slavery, which persists despite its official abolition in 1981.

Ghazouani campaigned on the themes of continuity, solidarity and security.

W/R: Five wounded after residents of Ampatano and Kamfakrom ...
23 minutes ago