The Alarming Rise Of Christian Persecution In Africa 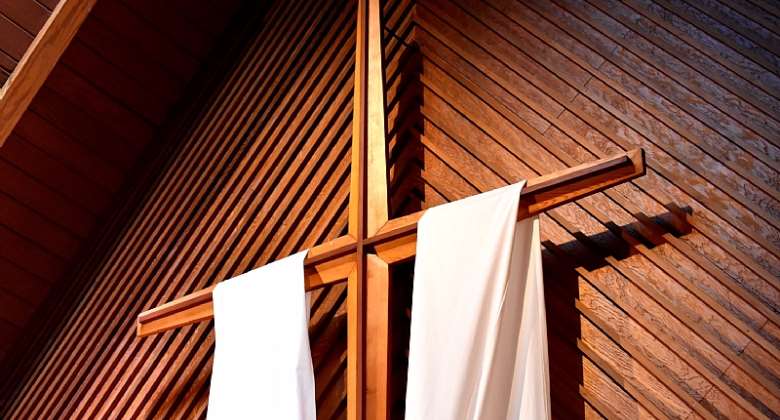 "In some regions, the level and nature of persecution is arguably coming close to meeting the international definition of genocide, according to that adopted by the UN." — The Independent Review of FCO support for Persecuted Christians.

"The assailants asked the Christians to convert to Islam, but the pastor and the others refused. They ordered them to gather under a tree and took their Bibles and mobile phones. Then they called them, one after the other, behind the church building where they shot them dead." — World Watch Monitor, May 2, 2019.

As the British report demonstrates, persecution against Christians and other non-Muslims is not about the ethnicity, race or skin color of either the perpetrators or the victims; it is about their religion. If these crimes are not stopped, it is highly likely that the fate of the African Continent will be like that of the Middle East: Once it was a majority-Christian region; now, Christians are a tiny, dying, defenseless minority.

According to a recent interim report published in the U.K. , "it is estimated that one third of the world's population suffers from religious persecution in some form, with Christians being the most persecuted group." Although the full report commissioned by British Foreign Secretary Jeremy Hunt and conducted by the Bishop of Truro, the Right Reverend Philip Mounstephen was due to be released by Easter this year, "the scale and nature of the phenomenon [of Christian persecution] simply required more time," according to the report. As a result, Mounstephen explained, the "interim" findings released in April are incomplete, and the final report will be published at the end of June.

According to the "overview" section of the interim "Independent Review of FCO support for Persecuted Christians": "In some regions, the level and nature of persecution is arguably coming close to meeting the international definition of genocide, according to that adopted by the UN."

Africa now home to the greatest number of Christians in the world is one such region.

On June 16, for instance, a Christian elementary school in a Muslim village in Uganda was destroyed, International Christian Concern (ICC) reported.

On June 15 , "a mob of Muslim protestors set a church ablaze in Maradi, the third largest city in Niger. The incident was a response to the arrest of a very prominent Imam who was arrested after he claimed the country's proposed legislation on worship was 'anti-Islamic.'"

On June 9 and 10, two terrorist attacks in Burkina Faso left 29 Christians dead. This purposeful slaughter of Christians came less than two months after the April 28 massacre of 80-year-old pastor, Pierre Ouédraogo, and other members of his congregation in Burkina Faso, by armed Islamists. A local leader, who requested anonymity, told World Watch Monitor:

"The assailants asked the Christians to convert to Islam, but the pastor and the others refused. They ordered them to gather under a tree and took their Bibles and mobile phones. Then they called them, one after the other, behind the church building where they shot them dead."

On June 7, a Christian woman in Niger was kidnapped by Boko Haram terrorists and released three days later with a letter calling on all Christians to "leave the town within three days or be killed."

The above incidents are not isolated. According to the 2019 World Watch List compiled by Open Doors, a persecution watchdog group: "While the violent excesses of ISIS and other Islamic militants have mostly disappeared from headlines from the Middle East, their loss of territory there means that fighters have dispersed to a larger number of countries not only in the region but, increasingly, into sub-Saharan Africa. Their radical ideology has inspired, or infiltrated, numerous splinter groups such as Islamic State West Africa Province (ISWAP), a deadly group that broke away from Nigeria's Boko Haram that also enslaves Christian women and girls as an integral part of their strategy."

Terrorist groups are not the only sources of persecution in Africa. Many Muslim governments and individuals also target Christians.

Latest Photo Reports
Catch up with all the political quotes from our politicians.
Advertise here
More Religion
ModernGhana Links
The Church of Pentecost employs over 6,000 Ghanaians
The Church of Pentecost membership hits over 3.3million
Equating the resurrection of Christ as His coming false — Pastor Mark Mintah
Ramadan: Islamic Tutor encourage Muslims to give alms
"Worship God in truth and honesty" — Dansoman Pentecost Area Head to Ghanaians
2022: Let's move away from evil, develop new working ethics – Methodist Bishop
2022: Let's be moved by faith not fear — Christians told
Pursha- Prajapathy’s Birth and His Creation of Universe!
Vision about the Vedas!
TOP STORIES