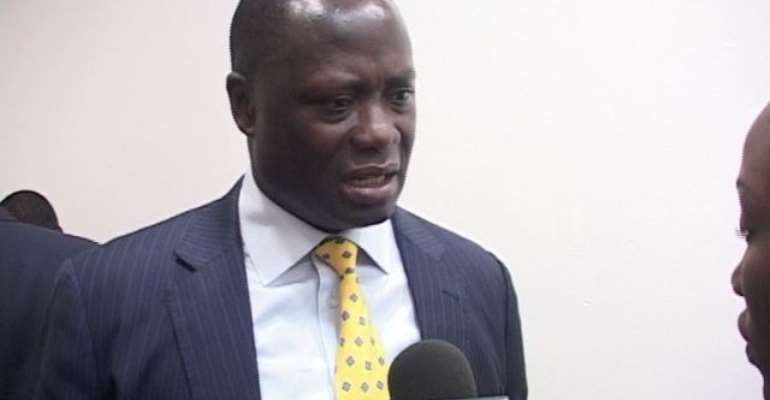 Emmanuel Armah Kofi Buah, Member of Parliament for Ellembelle Constituency in Western Region, has urged officials of the Electoral Commission (EC) and representatives of various political parties in the country must come together to make limited registration exercise successful.

He said the EC officials and representatives of the political parties must learn to cooperate with each other throughout the period of the ongoing exercise.

Speaking to his Constituents after carefully monitoring the limited registration in his constituency, the MP said the EC must endeavour to expand the number of registration centres as earlier suggested by the NDC to address overcrowding.

According to the lawmaker, the first major concern of the NDC was the fear that the exercise could witness overcrowding if not managed carefully with expanded registration centers.

Unfortunately, he said the concerns of the largest opposition party was ignored by the EC, therefore causing the overcrowding being witnessed at some of the centers.

Consequently, he appealed passionately to the key stakeholders to listen to each other through out the period of the exercise in order to make it successful.

"We must all listen to each other. We have to cooperate with the EC, we are critical stakeholders," he appealed.

The former Minister noted that the biometric registration machines being used for the exercise had earlier been rejected by the same EC claiming they were to be replaced with new ones.

According to him, all these issues identified have been raised by the NDC to address the concerns of Ghanaian electorates who are eligible to register and be part of the electoral process as guaranteed by the 1992 constitution.

He said EC officials at the District level must endeavor to apply simple but reasonable solutions to address unique problems currently facing their respective areas.

Armah Kofi-Buah, the former Minister for Petroleum entreated all political parties to develop interest in monitoring the ongoing exercise in order to contribute to deepening the democratic dispensation in Ghana.