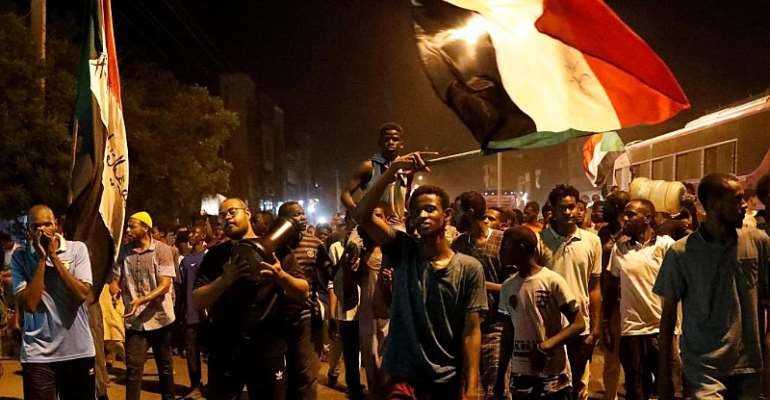 Sudanese authorities are being ordered to end a nationwide internet blockade by the ruling generals following a deadly crackdown earlier this month on protesters.

Internet on mobile phones and fixed land connections were shut down after the 3 June crackdown on the main sit-in camp of protesters just outside military headquarters in Khartoum.

Over 120 were killed and hundreds wounded, according to doctors. The health ministry says 61 were killed nationwide.

Authorities can appeal the decision.
The blockade has prevented protesters from organising rallies across the country and posting updates on social media to update international observers on events.

To bypass the blockade, one Sudanese outside the country told RFI that some were purchasing international SIM cards, in addition to word of mouth and texting to maintain communication.

Protesters accept transition blueprint
Meanwhile, Sudanese protests leaders say they have accepted the proposals put forward by an Ethiopian envoy to create a civilian-majority governing body for a political transition.

The meeting took place on Saturday, with the protest organisers stressing they would not sit-down to negotiate with the military rulers until certain demands had been met.

The draft agreement proposes the creation of a 15-member governing body made up of eight civilians and seven members of the military.

Of the eight civilians, seven would be from the umbrella protest movement the Alliance for Freedom and Change.

The military has yet to give its decision on the Ethiopian blueprint.

Speaking to reporters, Babiker Faisal, one of the protest leaders said the blueprint will help steer the country towards the creation of a transitional period.

"The Ethiopian mediator Mahmoud Dirir gave us a draft of the agreement. The different aspects have been debated by the Alliance for Freedom and Change and we have agreed to give it the go-ahead.

"The project proposed by the mediator covers all the stages of the transitional period. He also demands the creation of an appropriate and peaceful climate to revive the political process. We believe that our acceptance of this proposal is a major step towards realising the goals of the revolution that are freedom, peace and justice."

Protests continue
While protest leaders were discussing the proposal in Khartoum, a group of young protesters in the Sudanese city of Omdurman took to the streets chanting “free revolutionaries, we will keep on track”.

A 21-year-old protester, Ahmed, told AFP that he would keep demonstrating until justice is served for his brother who was killed during the 3 June crackdown.

“I am burning inside. I want justice for my brother,” said Ahmed.

Several pickup trucks filled with officers from the paramilitary Rapid Support Forces, were seen roaming around the area where the small demonstration was taking place.

Protesters allege that the RSF was largely responsible for the violent crackdown in Khartoum.