Dynamism and Activism of Female Ministers Applauded by NPP-Finland 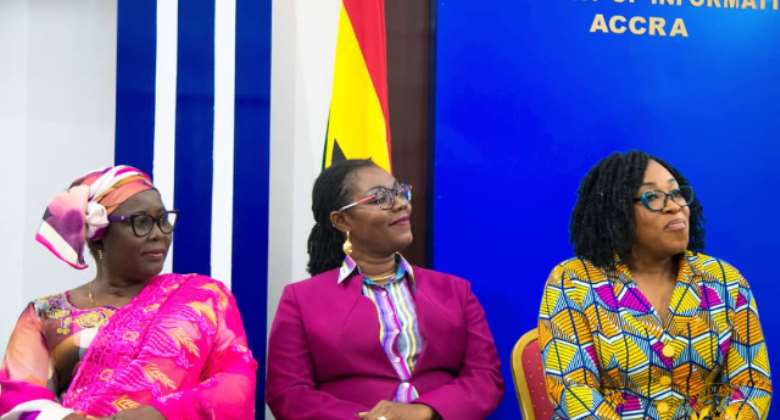 Recently, the media and the Ghanaian populace were dazed by an usual press briefing by the female ministers in the Akufo-Addo-led NPP government. The press conference was very timely to silence all the armchair feminists in the opposition NDC. The external branch of the ruling party in Finland applauds our diligent female ministers for their dynamism and activism in drumming home the president's vision for Ghanaian women and recommend this communication strategy to the party's communication directorate to follow suit.

The president Akuffo-Addo was invited to Women Deliver 2019 Conference in Vancouver, Canada that lasted from June 3-6, where gender activists had gathered from around the world. In his remarks, the president said the Ghanaian women, about 52 percent of the country's population have not shown enough dynamism and activism in fighting for political positions especially, to be part of the decision-making class of the society to open more doors for the disadvantaged women. As usual, women in the opposition NDC, who claim to be feminists begun hoping from one media house to another to make a huge capital out of the president's remarks, that of course, did not go in the direction some gender activists would have expected. These female propagandists from the NDC, who were former ministers in the previous administration and never showed any dynamism and/or activism during their tenure in office, all of a sudden, came out with so much enthusiasm to speak for the Ghanaian women and claimed to be gender activist. Their actions were not for the love of Ghanaian women, but were craftily tailored just to score political points. They needed real gender activists, who have shown much dynamism and activism in fighting for women in the country with indisputable track record to call the bluff of them. Most of the current female ministers were those gender activists and their press conference really educated people of Ghana that the opposition women were just bluffing.

After the press conference, the noise by the female NDC opposition members was ceased. The NPP-Finland is so much delighted in the proactiveness of our female ministers and urge our communication directorate to learn from this gesture. As the propaganda, mischief, and diabolism of the opposition reaches an unprecedented level in recent times, we entreat the communication machinery to be more proactive in informing and educating the citizenry and the potential voters of the achievements of the ruling party in government and also complement the information ministry effort in getting the citizens of the land informed on issues that matter most.

NPP-Finland is of the firm belief that most external branches were happy to experience the pragmatism of the female ministers in stopping the opposition propaganda and would be more happier to witness similar efforts by the communication team home and abroad.