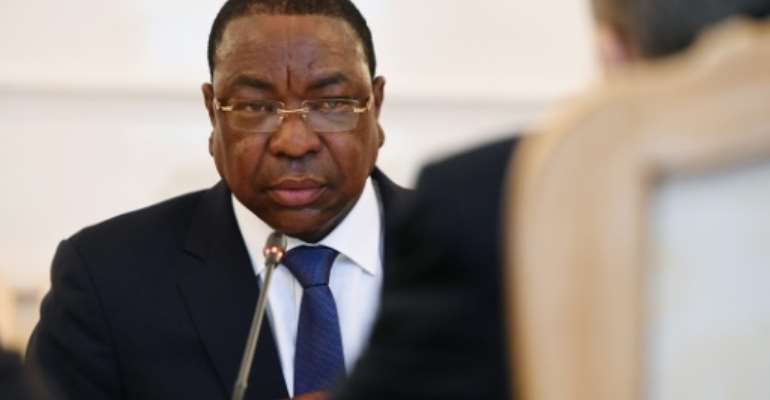 UN envoy Mankeur Ndiaye (pictured April 2017) said there are "between 50 and 70 violations of the peace accord" per week. By VASILY MAXIMOV (AFP/File)

Despite advances such as the formation of an inclusive government in March, "the security situation remains fragile," the official said.

"Every week, there are between 50 and 70 violations of the peace accord, committed principally by armed groups against civilian populations," Ndiaye said.

In a statement unanimously adopted after the meeting, the 15 members of the Security Council "strongly condemned the persistence of violence committed by armed groups."

They urged the groups to "cease all forms of violence, to lay down their arms and to engage in DDR (disarmament, demobilization and reintegration) process immediately and unconditionally in line with the commitments under the peace agreement."

The UN maintains a peacekeeping force of 13,000 soldiers and police in the Central African Republic, a resource-rich country that has been torn by conflict since 2013.

"The violence against civilians, the illegal levying of taxes, the obstruction of the deployment of state authority and the occupation of public buildings persist and are a source of deep frustration for the Central African people," Ndiaye said.

In the country, "2.9 million people, half of whom are children, need humanitarian assistance and protection, while 2.1 million people are facing food insecurity," the envoy said.

About 622,000 people are registered as internally displaced and 590,000 refugees from the country are registered in neighboring states, according to the UN.

The priority must be to stop the violence and demobilize and disarm armed groups, France said during the Security Council debate, denouncing the recruitment of child soldiers.

The Central African Republic argued that the effective implementation of any peace agreement requires time.