Minority affirms support for its leader 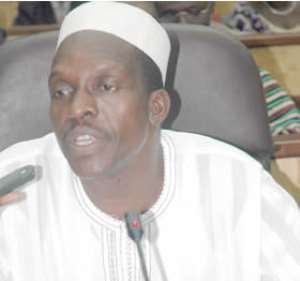 Accra, Jan 26, GNA - The Minority group in Parliament on Thursday said it "takes serious exception to the attempts by the detractors of the party to sow seeds of confusion in the ranks of the minority caucus."

"The Minority Leader has the support and respect of the entire membership of the Minority as a whole and not a section of it as the paper seeks to portray," a statement signed by Mr Haruna Iddrisu, Minority Spokesperson on Communications stated.

The statement is in reaction to a headline story titled, "Bagbin Vamoose, plot to unseat him thickens," carried by the Daily Guide Newspaper in its January 25 edition.

It said the "publication is not only outrageous but amounts to a collection of despicable lies. Indeed the editor was fully aware of the presence of the Minority Leader in his constituency discharging his obligations to his constituents."

"The minority leader and the party will not be distracted by such spurious publications."

Meanwhile, Mr Alban Bagbin was given wild cheers with some of his party members standing up to welcome him when he entered the chamber this morning causing some slight interruptions to proceedings on the floor.