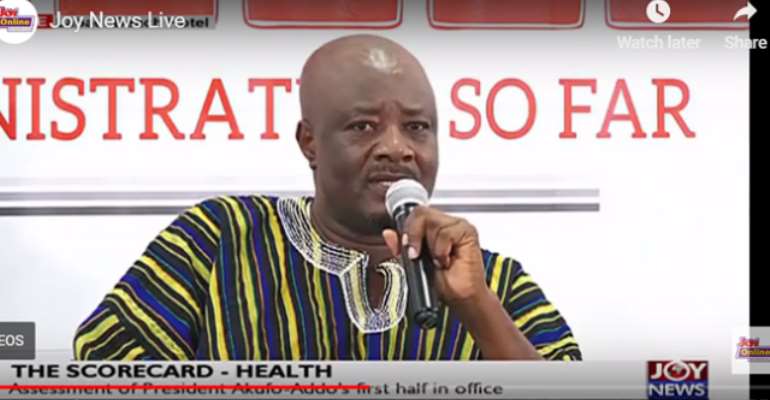 Dr Robert Baba Kuganab-Lem, Member of Parliament for Binduri Constituency in the Upper Region, has called for the implementation of the Mental Health law to address urgent mental health issues in the northern part of the country.

According to him, the implementation of the Mental Health Act 846 (2012) would help establish mental-care facilities to save the life of persons suffering from mental related illnesses.

Speaking to media after the issue was raised on the floor of Parliament last Thursday, Dr Kuganab-Lem said the difficulties at which mental health patients have had to go through before accessing mental healthcare in the Northern sector is very appalling.

The Binduri lawmaker who is the Deputy Ranking member on Health Committee of Parliament said, despite the passage of the Mental Health Act, 2012 (Act 846), which sought to provide access to primary health care for mental patients and mental health facilities in the deprived parts of the country, that has not been met after six years.

He observed that the implementation of the law would ensure that, more and modern mental health facilities are built in the northern sector to enable mental patients have easy access to mental health care services.

Mental disorders are significant primary health issues due to their high prevalence and considerable contribution to the global disease burden.

The Global Burden of Disease (GBD) study ranked unipolar depressive disorders as the third leading cause of disease burden, rising to first place for high- and middle-income countries.

Further evidence has suggested that a range of interventions are effective in treating and preventing mental disorders in low- and middle-income countries like Ghana.

This, Dr Kuganab-Lem said mental health is still not given the priority it deserves in the Northern sector of the country, widening the gap between the level of mental health needs and the availability of quality services to appropriately address the needs.

The implementation of the mental law policies, the MP added are more likely to achieve the desired effect when they reflect a clear commitment from governments.

In his view, mental health care management and services need to be prioritised with community-based care in a systematic way to cater for the deprived communities, especially where it is prevalent.

He further suggested that mental health screening must also be integrated with care and management at the primary healthcare level, emphasizing that primary health care is the foundation of strong, equitable health systems.

The Deputy Ranking Member on Health Committee said there has been a heavy reliance on psychiatric facilities to care for and manage mentally ill patients, but the public sector mental health care services are not accessible to the country’s most vulnerable populations.