A Plus To Face CID Over Asabee Feud 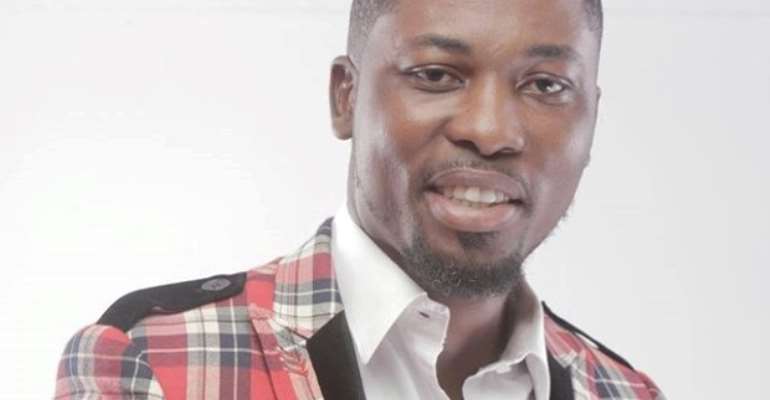 Kwame Asare Obeng aka A Plus

The Criminal Investigation Department (CID) of the Ghana Police Service has invited controversial musician, Kwame Asare Obeng, known in showbiz as A Plus.

This is in relation to his alleged defamatory claims made against the Executive Chairman of the State Enterprises Commission, Stephen Asamoah Boateng popularly known as Asabee.

CID sources said A Plus was invited but he came late when the officer in charge of his case was at a programme.

Sources say he is expected to return to the CID headquarters in Accra on Wednesday, June 19, 2019.

It would be recalled that Asabee recently sued A Plus for allegedly levelling false allegations against him.

A writ of summons issued at the High Court had ordered A Plus to appear before court within eight days.

In his statement of claim in the suit sighted by DGN Online, Asabee described A Plus as “a self-styled anti-corruption campaigner. Defendant operates a Facebook account with the name Kwame A Plus.”

It would be recalled that Asabee had earlier described some allegations leveled against him by A Plus as “malicious and unsubstantiated publications”.

A Plus interestingly, dared Asabee to sue him over the allegations.

According to Asabee, allegations by A Plus that he (Asabee) used state powers to wrongfully appropriate the property of a young man at Prampram in the Greater Accra Region, were false.

Responding to A Plus's allegations made on April 2, 2019, Asabee had stated through his lawyers at Akufo-Addo, Prempeh & Co a few weeks back that “these same malicious and false allegations were published by an online news portal: theindependentghana.com on the 2nd day of April 2019.”

A letter addressed to A Plus by his lawyers and dated May 27, 2019, said “after referring to our client in the said publication, you (A Plus) continued to say inter-alia that “without a court order or a title to the land, one NPP so-called big man took the law into his own hands and together with his 'vigilante' group demolished a young man's building at Prampram.”

The letter said ” again, you referred to our client as a monster using the power given the NPP to terrorize the same people who donated, campaigned and voted for the NPP.”

It said contrary to A Plus' claims, Asabee “is the bonafide owner of the land in dispute and his ownership of same is evidenced by a deed of conveyance executed between Numo Teye Oke Tekle Head of Admili-We of Larkpeh Lower Prampram and Stephen Asamoah Boateng dated 2008.”

According to the letter, “the demolishing you referred to was done sometime in 2014, when the NPP was in opposition and for that reason our client was not in a position to use power given to the NPP to terrorize people. Our client is not and does not act like a monster.”

It noted that ” as a result of your failure to adhere to the rules of natural justice and journalistic standards, you published falsehood which thorough and conscientious investigations would have revealed as malicious and untrue.”

It warned “we are accordingly instructed to demand, which we hereby do, that, immediately upon the receipt of this letter, you retract your publication and unconditionally apologize to our client, with the same prominence the malicious and unsubstantiated publication received.”

The letter added “should you fail, refuse and/or neglect to do so within seven days of receipt of this letter, we have the firm instructions of our clients to initiate legal proceedings against you and the other media houses, who republished the offending story for defamation.”

Akufo-Addo commences process to remove Anin-Yeboah over $5m ...
36 minutes ago