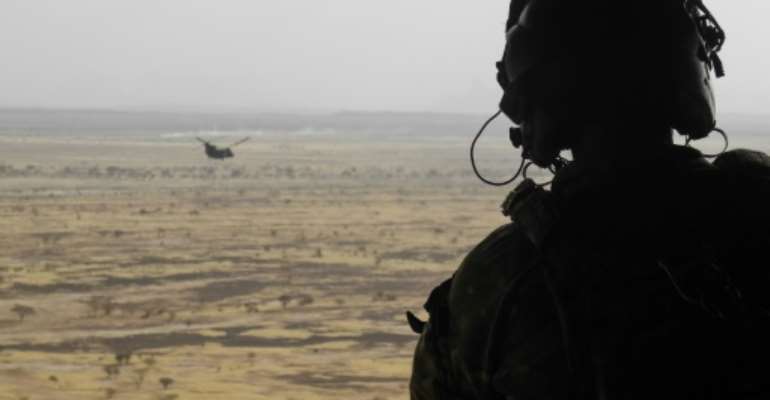 UN troops have been helping Mali armed forces but parts of the north remain out of control of security forces. By DaphnÃ© BENOIT (AFP)

Two Malian gendarmes were killed by a mine explosion outside a military base and a soldier died in an ambush in the north of the country, the armed forces said on Monday.

Since French troops helped force out jihadists in 2013, parts of northern Mali remain out of control of security forces and violence has spread to other areas of country.

The two gendarmes were killed on Sunday when an improvised explosive device blew up as they walked near the entrance of a military post in Sokolo in the central Segou region, Mali's armed forces said on Twitter.

In a separate incident in the north, an army patrol escorting civilians was ambushed between Niafounke and Tonka, around 100 km (62 miles) south of Timbuktu, the army said.

It said one soldier was killed and another wounded in the exchange.

Attacks in Mali are mostly in the north. But since 2015 violence has also hit the centre and south of the country.

Along with militant attacks and militia violence, Mali also struggles with intercommunal and ethnic clashes.

Earlier this month, an attack on Sobane Da village in the centre of Mali killed 35 people in an ethnic Dogon enclave in the diverse Mopti region.

President Ibrahim Boubacar Keita appealed for calm after the attack sparked fears of a tit-for-tat cycle of ethnic killing.

Malian army bases are also often attacked. Eleven soldiers were killed in April by suspected jihadists who attacked a post in Guire in the centre of the country, and in March an assault on the Dioura military camp killed nearly 30 soldiers.