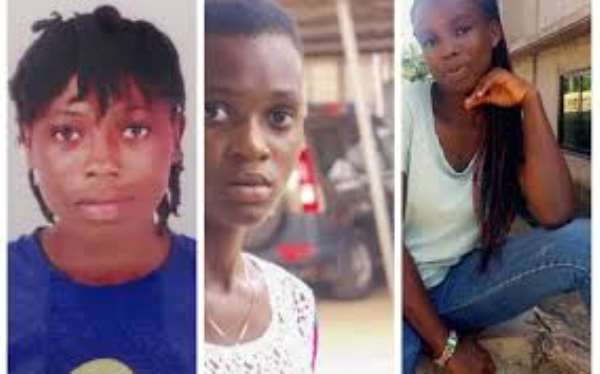 Takoradi Based Artiste, Ayesem has sent a strong warning to the governing New Patriotic Party (NPP) to provide the three kidnapped Takoradi girls or forget venturing Takoradi to ask for their vote in the upcoming 2020 general election.

The Ghanaian Hip Pop and Highlife in his Facebook post said, “Tadi, we are not voting if we don’t find our missing girls, my people, hope your mind dey? #BringBackOurTadiGirls

Known in real like as Stephen Kwabena Siaw, the rapper added that citizens of Western Region especially Takoradi are not happy with the slow pace the NPP Government and the Ghana Police have attached in rescuing the 3 missing girls.

This follows the urgency with which the Government and the Police attached to the rescuing of the two Canadian females who were reported to have been kidnapped by some men at their hotel in Kumasi within a week.

Some Ghanaians have criticised the ruling NPP government regarding the response and seriousness it attached to the Canadian girls than the three Takoradi girls who were kidnapped a year ago.

The Rapper in other Facebook posts expressed disappointment in some leaders from the region for not mounting pressure on government and Police in finding the girls.

Another post also read “Hitting the street aren’t enough! Takoradi aren’t angry enough! If the government won’t listen to us! What next? #BringBackOurTadiGirls.

Ayesem further added that upon a meeting with the Western Regional Police Commander, he had hopes of seeing the girls but worrying how the police have kept mute.

Meanwhile, it's been two months since CID Boss Maame Tiwaa Addo Danquah in a Meet-The-Press disclosed that they (Police) know the whereabout of the three missing kidnapped Takoradi girls and yet, nothing has been said about it again dashing the hopes of the victims families and many Ghanaians.