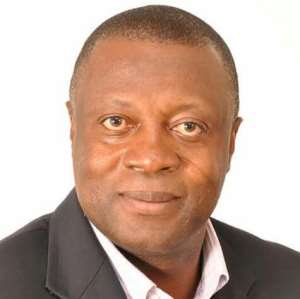 Construction works on the Tamale to Zabzugu road is expected to begin in March 2020 and completed in two years, the Minister for Roads and Highways, Hon Kwesi Amoako-Atta has said.

According to him, all things being equal the Ghana Highways Authority (GHA) would finish its implementation process including concept designs and bidding documents for launching in August 2019 to select contractor to execute the project.

Mr Amoako Atta revealed this in Parliament Friday, June 14, when he was dragged to the House for questioning by the Member of Parliament for Zabzugu, Hon Alhassan Umar.

Funds for the Tamale- Zabzugu 166km road was procured in 2016 under the John Mahama led National Democratic Congress (NDC) led administration from the World Bank.

In June 2017, the Nana Akufo Addo led New Patriotic Party (NPP) government finalized the procurement for the project to take off.

But since 2017, the NPP government have been adamant in executing the project which however compelled the Zabzugu lawmaker to dragged the Minister to the floor of Parliament to explain what caused the delay of the project.

"Mr Speaker, I rise to ask the Minister for Roads and Highways when construction works on the Tamale to Zabzugu will commence," Hon Umar asked.

The road, he noted has been earmarked as part of the World Bank-funded Transport Sector Implementation Project (TSIP) for rehabilitation and maintenance.

As when the actual construction works would begin, Mr Amoako-Atta said, "the implementation agency, GHA is currently preparing the concept designs and bidding documents for launching in August 2019 to select the contracting entity to execute the project."

He assured the MP and the people of Tamale, Zabzugu, Yendi and Tatale of government commitment to construct more roads to ease transportation difficulties.

Hon. Umar later told media, though he was satisfied with the answers given by the sector minister he believed the project would no longer delay.