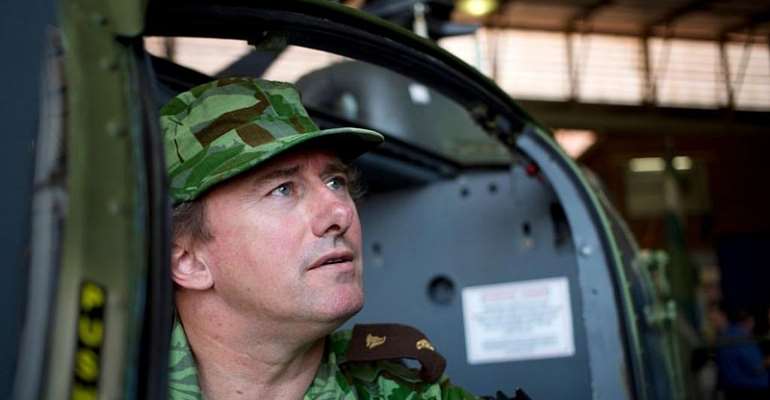 According to alibreville.com, his appointment comes after President Ali Bongo was spurred into action, when 5,000 cubic meters of “sacred” and protected Kevazingo wood, worth 7 million euros, was found early this year in two Chinese-operated warehouses in the capital Libreville.

The containers were about to shipped out of the country from Owendo port.

Chinese connection
Kevazingo are enormous cathedral-sized trees some up to 200 years old with vivid red-coloured wood that is highly sought-after by Chinese for tables, doorways and decorative furniture.

The discovery of 200 of the containers at different locations, led to the sacking of Vice President Pierre Claver Maganga Moussavou, forestry minister Guy Bertrand Mapangou and the suspension of 13 senior civils servants.

According to the online economic daily Gaboneco, investigators are looking for Chinese businessman François Wu, named as the prime suspect in the “Kevazingogate” scandal.

Affront to Françafrique
Lee White's appointment in this bastion of Françafrique, the sphere of French influence in its former colonies, came as no surprise to observers of Gabonese politics.

Douglas Yates, a professor of African politics at the American Graduate School in Paris, recalls that the 53 year-old White first settled in Gabon 30 years ago.

Yates, who authored The Rentier State in Africa, which dwells on the oil rent dependency and neocolonialism in Gabon says, “White's appointment as minister of forests, the sea and the environment is a direct affront to French loggers.”

In Yates opinion, French interests will feel threatened that Ali Bongo has picked an English-speaking man to deliver forest permits, regulate the forestry code and protect the habitat.

Professor Yates praises White for the consistency of his work in protecting Gabon's wildlife, especially its enormous population of elephants.

“What he noticed back in the 80s when he went to do his doctoral work in Gabon, is that natural reserves had forestry concessions.

“He has been a full-time career professional in trying to get the foresters out of the natural preserves and that does place him in a structural conflict with firms like the Rougier Forestier French firm, as well as with the Chinese,” says Yates.

Bongo still in charge
President Ali Bongo who took power in the oil-rich African state at the death of his father in 2009 suffered a stroke five months ago.

The racket taking place in the forestry sector appears to be an attempt by cronies of the long autocratic regime to take advantage his ailing health to make hay while the sun still shines.

But Professor Yates believes Bongo exploited the scandal to settle scores with his political enemies while his allies were protected.

That, he says, is probably the case of Vice President Maganga Moussavou, who was fired for his “implicit” involvement in cutting down the precious African Rosewood trees, after being corrupted by power.