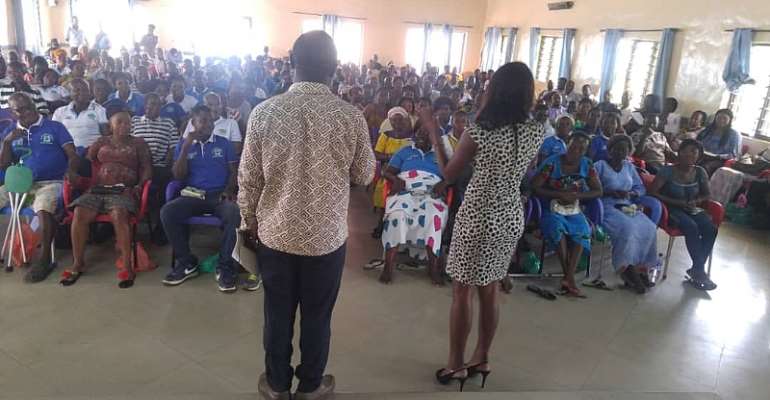 PFM Network Ghana, a 49 member Civil Society Network operating in the Public Financial Management, Local Governance and Social Accountability space has disseminated the 2019 Citizens Budget to 1,383 citizens in the country.

Overall the forums targeted an audience of 200 participants per district, (1,200 in all); however the statistics show that 1,383 participated representing a percentage performance of 115%. Male participation was 791 representing 57.19% and female numbered 592 representing 42.81%, lower than the target of 55%. Persons Living with Disabilities were 66 representing 4.55%.

Participants were educated on how government plans to raise the needed revenue to implement its policies and programmes in 2019. A summary of policies and programmes for the 2019 year were also discussed (Agriculture, Industry, Trade, Entrepreneurship, Energy, Infrastructure, Education, Health etc). The forums provided an opportunity for the districts to present its 2018 composite budget performance and 2019 development plans and programs to the people: this gave the citizens the chance to ask questions on service delivery.

The projects’ development objective is to deepen citizens understanding of the national budget to enhance accountability and also to increase their participation and promote public financial management processes.

Most participants described the forums as an eye-opener and a good opportunity to know about the national budget at glance as well as their district composite budget. They called for such engagements on a yearly basis.

The project received support from GIZ Good Financial Governance Programme in collaboration with the Ministry of Finance and Ministry of Local Government and Rural Development.