JJ Rawlings Belongs To The Past — Mahama Boy 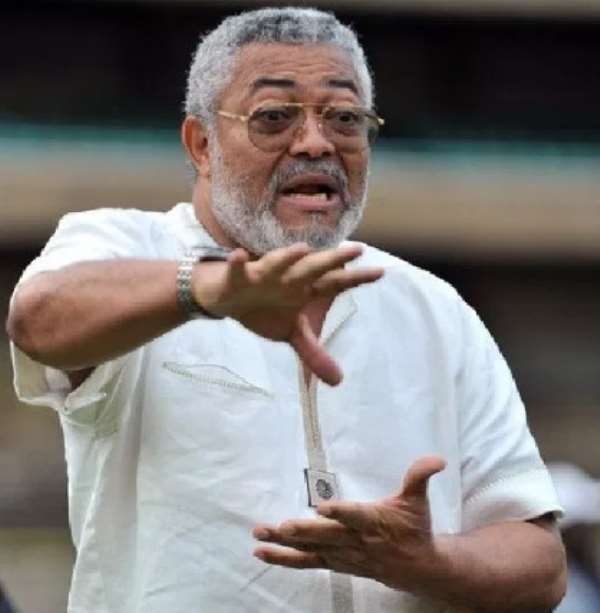 Dr Valerie Sawyerr has raised a very important topic worth discussing: June 4 Revolution. From her point of view viz a viz my own analysis of the event of June 4 Revolution, I have concluded that it was part of the dark days in our history which does not deserve the kind of attention we have been given it over the years.

The NDC must do the needful as a corporate political organisation to DELETE June 4 from its books. The success or otherwise of the party has nothing to do with the madness of the June 4 Revolution and afterwards. Perhaps, most of those within the age bracket of 40 who now hold the NDC in high esteem were either not born or were 1 year old or few months old when JJ and his people orchestrated their madness in this country. My late father told me how he almost lost his business capital from the recklessness of the period but for the timely intervention of the late father of a comrade who was a soldier by then though his business was legitimate. It appears it was a crime to own good money.

We cannot continue to glorify a so-called Revolutionary who has sold his conscience to his enemies and constantly and without any shred of shame openly dines with his "new found friend" Akufo Addo. The NDC youth must shine our eyes. We lost JJ many years ago. The JJ of yesteryears is not this Uncle Tom. This is not the Junior Jesus who jumped into the Nima gutter in the late 70s and the early 80s. This is a JJ who is bent on collapsing the NDC. JJ lost the moral high ground when he failed to subject himself to PROBITY and ACCOUNTABILITY by adding indemnity clauses into the 1992 Constitution to protect his ill-gotten wealth. Pictures speak volumes. Although I wasn't there like Valerie, I have seen pictures of JJ and how slim he was in the 70s compares to how fat he has become at the expense of the state and the poor taxpayer. If JJ is sincere, he must stop collecting his benefits under Article 71.

Awake NDC youth! Mills/ Mahama brand of the NDC has come to stay. Constitutional Democracy is the way to go. There is no perfect system but this democracy we are practising is far better than the madness which took place under JJ.

Dr Valerie Sawyerr is leading the new Revolution. The Revolution to undo the ignominious past and I stand to be counted as one of her pupils. Next time, he organises a June 4 Revolution, we shall counter him with the TRUTH REVOLUTION. We are sick and tired of the lies of June 4. I am proud to be a member of June 4 part 2 led by Dr Valerie Sawyerr aimed at correcting JJ's indoctrination.