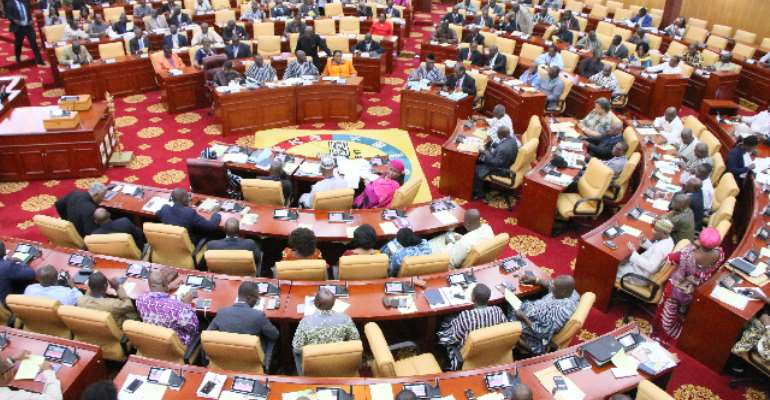 The Speaker of Parliament, Professor Mike Oquaye, has lambasted the Political Science department of the University of Ghana for failing to carefully educate the electorates in its survey reports ranking performance of Parliamentarians.

According to the Speaker, the survey report did not only downplayed the critical roles of MPs but also sought to poison the minds of electorates against their representatives in Parliament.

He added that, as a Political Science Department of premier University, the Pollsters should have known that, it is not the duty of MPs to construct roads or provide water to the electorates.

The Speaker pointed out that MPs are not voted into office to construct roads and that it was totally wrong to judge an MP base on the number of roads he constructed in his or her constituency.

The survey report released and published early this week revealed that over 186 MPs are likely to lose their seats in the upcoming 2020 elections.

However, commenting on the matter which was raised on the floor of Parliament, Prof. Mike Oquaye said, the pollsters did not do a fair job.

He said, the chunk work of MPs are in Parliament, especially at the Committee level and that it was wrong for the pollsters to just interview few members of the constituency who might not have a fair knowledge on the work of Parliamentarians.

The Speaker pointed that, the common funds giving to MPs are not meant for roads but specific projects and cautioned against such surveys which in his considered opinion could "affect quality and performance of MPs in discharging their constitutional mandates."

While urging the pollsters to assess MPs on their work at the various committees level in Parliament, Professor Oquaye said, it is a veritable fact that members of the current Parliament have proven to have done more legislative work in the history of Parliament.

"I want to say authoritatively that these honourable members who have been in this House this term, have passed more bills than any other Parliament in the history of this country, it is a verifiable fact."

He said, if any institution wants to asses the work of parliamentarians, they should do it with fairness rather than assessing them on the number of roads they constructed which do not fall under their constitutional mandates.

The Speaker added that what MPs could only do under the current democratic dispensation in terms of development is to lobby for projects to be sent to their constituencies.