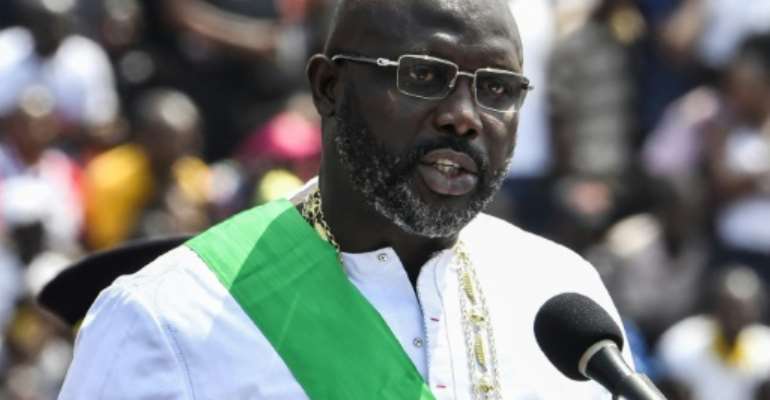 A protest coalition in Liberia that has challenged President George Weah on the streets of Monrovia over rising prices and corruption on Sunday issued a string of demands with a four week deadline.

Weah, 52, is being challenged over the same issues on which he campaigned in his rise to the presidency of the impoverished West African state just 18 months ago.

Issuing its demands, the protest coalition said it expected the government "to respond to these demands within the period of one month, after which we will determine the new course of action".

The demands included improvements in areas such as human rights and corruption as well as the prosecution of Finance Minister Samuel Tweah and Central Bank Governor Nathaniel Patray in connection with financial problems at the Central Bank of Liberia which led to price hikes.

The coalition also called for Weah and all of his officials to declare their assets and the government to stop financing the office of the First Lady.

Revered in Liberia and beyond for blazing a trail for African footballers in Europe, Weah is struggling to revive a country that is one of the poorest in the world and still traumatised by back-to-back civil wars between 1989 and 2003 that claimed a quarter of a million lives.

Fingers have been pointed at past and present managers of the Central Bank of Liberia (CBL).

Charles Sirleaf -- the son of former president and Nobel laureate Ellen Johnson Sirleaf -- was detained in March with two other CBL figures.

An independent probe found no money was missing, but flagged "concerns regarding the overall accuracy and completeness of the CBL's internal records."

More irregularities came to light related to a cash injection of $25 million that Weah ordered in July 2018 to mop up excess Liberian dollars and bring inflation under control.

He has said Liberia will benefit from an International Monetary Fund aid programme, but experts say IMF support typically comes with demands for reform and belt-tightening.