US army vehicle damaged in mine explosion in Niger 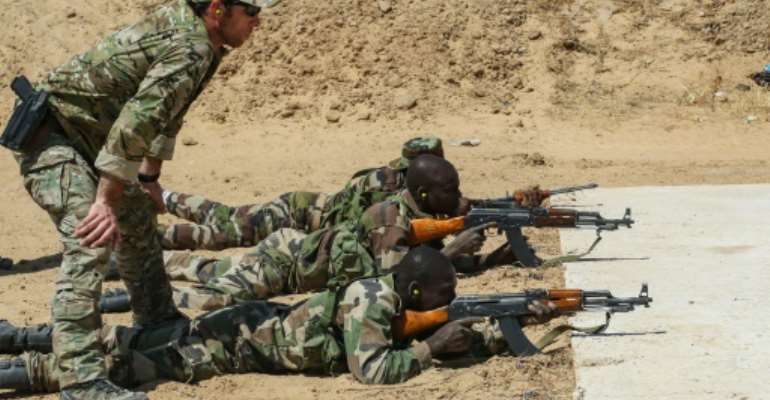 US forces are involved in training Niger troops and also operate a drone base there. By Christopher KLUTT (Digital/AFP)

A US army vehicle was damaged in a mine explosion in western Niger, but there were no fatalities, and the US military was investigating whether the incident was hostile, embassy and local security forces said on Sunday.

The incident occurred in Ouallam in the Tillaberi region, not far from the border with Mali, where four US soldiers and five Niger soldiers were killed in an ambush in 2017, according to the sources.

"A US mine-resistant, ambush-protected all-terrain vehicle was damaged in Niger" on Saturday, the US embassy in Niamey said in a statement.

Ouallam is located about 100 kilometres (62 miles) from Niamey and is home to a major training camp of the Nigerien army where soldiers are trained to participate in the UN Mission in Mali, known as Minusma.

"The incident occurred outside a weapons range, so it is possible that non-hostile factors were the cause of the damage," it said. "We're still looking to confirm that element."

The US mission in Niger has been heavily scrutinised in the wake of the 2017 attack.

In that October 4 ambush, US special forces soldiers and Nigerien troops were attacked by fighters affiliated with the Islamic State group and equipped with small arms, grenades and trucks mounted with guns.

The US Pentagon has remained tight-lipped about the circumstances surrounding the ambush and the nature of the mission in Niger.

The US operates an aerial drone base in Agadez that provides surveillance of Boko Haram fighters and others allied with Al-Qaeda in the Islamic Maghreb (AQIM) that operate along borders with Libya, Mali and Nigeria.

Niamey has also given the US permission to base armed drones on its soil.

On May 14, 2019, 28 Niger soldiers were killed near the village of Tongo Tongo when they were ambushed "by heavily armed terrorists," according to the Niger government.