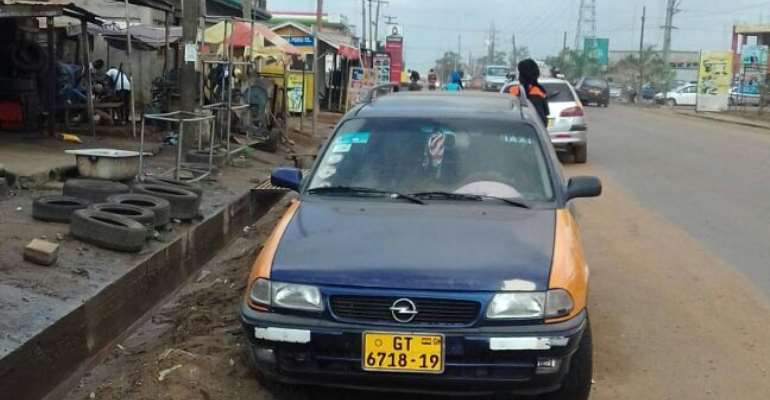 Police in Tema have opened investigation to unravel the circumstances that led to the death of a taxi driver found in a car at Community 22.

The unknown cabbie was found in a decomposing state in his blue and yellow Opel Astra caravan taxi with registration GT 6718-19 near Signature Pub, a popular drinking spot in the area.

His body has been deposited at the Police Hospital Morgue in Accra for autopsy and preservation.

The car has been taken to the Community 22 Police Station.

Information gathered by DGN Online indicates that some residents of the area started smelling strong odour and consequently a search was conducted.

They later found the driver dead at the back seat of his taxi.

Deputy Superintendent of Police (DSP) George Antwi-Tanoh, told DGN Online that on June 8, 2019 at about 8:00 am a resident lodged a complaint about a body found in the car.

According to him, police dispatched detectives to the scene and found the lifeless body of the unknown person.