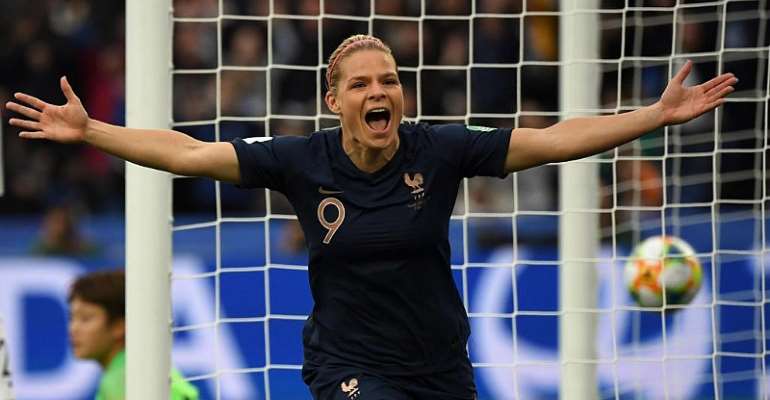 Captain Amandine Henry scored the fourth and final goal in the late second half, after two from Wendie Renard and one from Eugénie Le Sommer in the first half.

Although in the first half of the match, after Le Sommer's early start, play was slow, the French President Emmanuel Macron and FIFA head Gianni Infantino stayed till the end.

Popularity boom
Friday's opener marked the first time that TV viewers were able to watch on one of the mainstream channels for free. Private channel TF1 will be showing all the French matches and part-subscription channel Canal+ will show all matches.

Infantino has said that this tournament will see the following for womens' football rocket.

Still work to do
The "Les Bleues", the Blues as the French international football teams are known are among the favourites to win the trophy this year, but current title holders, the United States of America, will be making a bid to retain their status. Germany is considered a team to watch also.

French coach Corinne Diacre was cautious after her team's win against South Korea. "We have to keep at it. We have six more matches to go."

The final is due to take place in Lyon on 7 July.