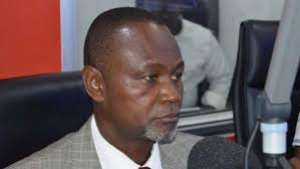 A former Member of Parliament (MP) of Dade Kotopon, Nii Amasah Namoale has called on the need for government to revamp intelligence gathering of the Ghana Police Service.

According to him, information gathering is very crucial and will help in tackling cases of kidnapping in the country.

He made this call in an interview on Accra FM's morning show, hosted by Jerry Forson, which was well monitored by ModernGhana on Friday

"I believe the police visibility and intelligence gathering has gone low in this country and government needs to do something about it...," he said

This comes at the back of a recent kidnapping case which involves two Canadian women who were reported to been forced into a vehicle at about 8:20 pm on June 4, just when they had stepped out of their apartment at Silver Spring in Kumasi.

One of the victims, identified only as Lauren, according to reports, is in Ghana with her other colleague on an exchange program with the Entrepreneurship Department of the Kumasi Technical University (KsTU).

Touching on this, Namoale who expressed belief in the police service, called on Ghanaians to have patience and allow the police to do their work.

Meanwhile, the Ashanti regional police command has arrested an Uber driver in connection with the kidnapping of two Canadian women in Kumasi.

The arrest of the Uber driver who is believed to have picked the two Canadian citizens before the alleged kidnapping is to help the police with investigations.