E/R : Armed Robbers Kill Customs Officer, Other At A Checkpoint At Huhunya 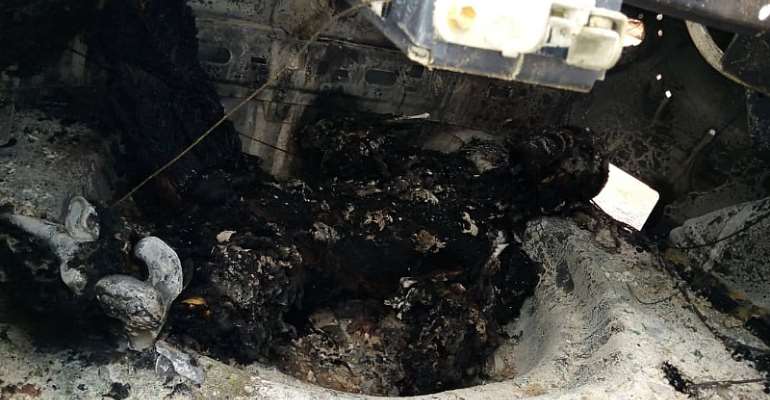 Three (3) persons are allegedly reported dead at Huhunya in the Yilo Krobo Municipality of the Eastern region early Saturday morning.

The deceased, a Custom Assistant, Atama Padi and a motor rider, Jerry, were allegedly shot and butchered to death by suspected armed robbers in an attempt to arrest them for stealing goats.

The other deceased, believed to be a member of the suspected robbers was also allegedly beaten and burnt to death by the angry residents on the spot.

Reliable sources available to this portal reveals the robbers, numbering about six had stolen the goats from Klo Agogo and upon information, the deceased attempted to arrest them at a checkpoint.

Upon reaching the barrier, the suspected robbers attempted to break through the closed gate but failed to proceed and took to their heels.

The robbers, in a Toyota Corolla with registration number GW 4151- 19 which has been burnt killed the two deceased who tried to trail them.

The incident therefore incited residents who allegedly assaulted one of the suspects who was arrested and later set and the car ablaze to ashes.

Meanwhile, the other suspects have gone into hiding while bodies of the deceased have been deposited at the morgue for further investigations. 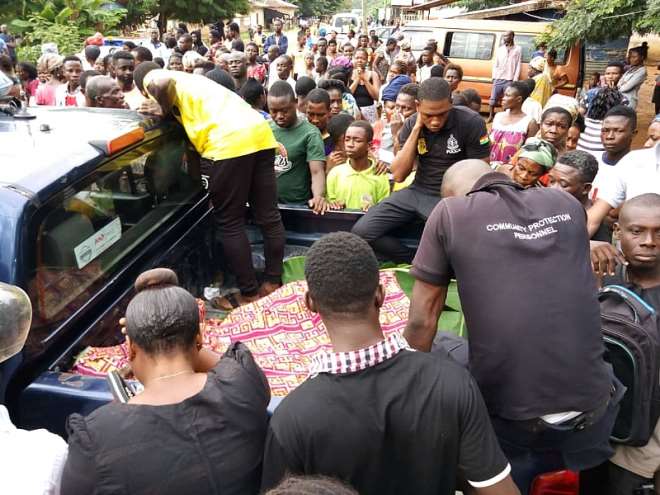 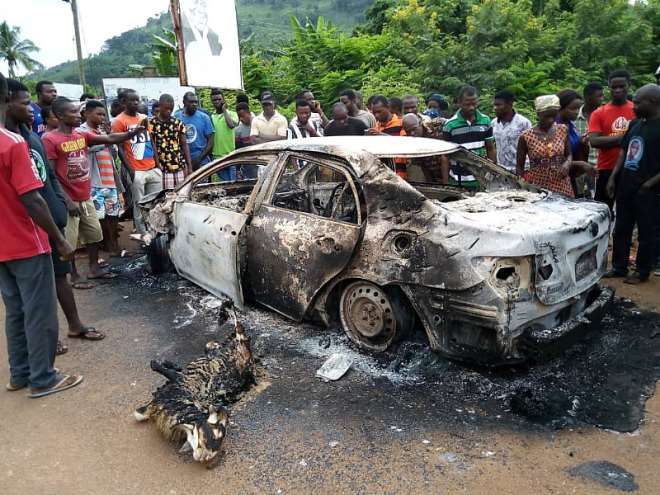