You Are Unwise, Irresponsible – Counsellor Fenyi To Charterhouse 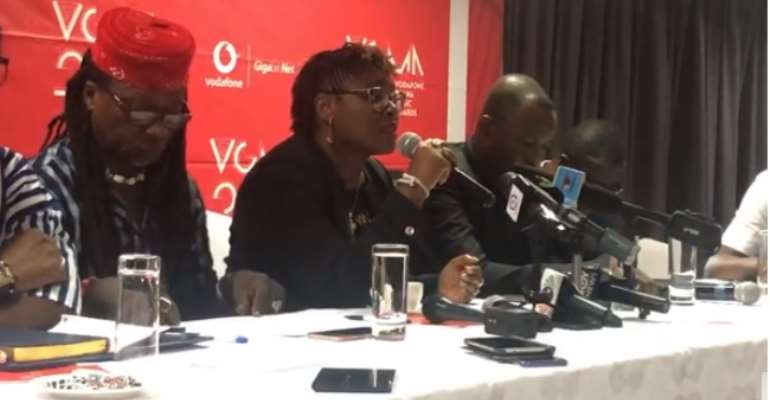 The counsellor lambasted Charterhouse saying "annulling 'Artiste of the Year' and 'Most Popular Song of the Year' categories shows that Chatter House does not respect artistes in Ghana. Shatta and Stonebwoy are not the only artistes in the two categories and so they should at least let the other artistes know if they won or not since all of them are potential winners”.

The enraged educationist stated that, “there has not been any official release that Shatta and Stonebwoy won the two categories hence declaring the categories as null is an insult to the other artistes in the categories. He added that, until Chatter House rescind their decision, all serious artistes should boycott the VGMAs”.

Charter House, yesterday, Thursday, May 23, held a press conference in Accra to decide the fate of Charles Nii Armah Mensah (Shatta Wale) and Livingstone Etse Satekla a.k.a Stonebwoy for engaging in a brawl at last Saturday VGMA event.

Meanwhile here are the punishment meted out to the two artistes by Charterhouse ;

1. Shatta and Stonebwoy are indefinitely suspended from participating in the VGMA

2. They are to return the awards they won on the night

Below is a video of the press conference organized by Charterhouse