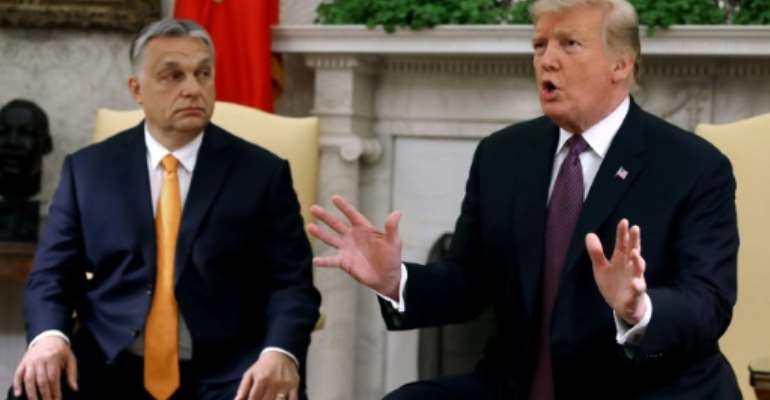 During a meeting with Hungarian Prime MinisterÂ Viktor Orban, President Donald Trump congratulated France on the

President Donald Trump said Monday that French special forces had done a "great job" in freeing a group of kidnapped tourists in Burkina Faso last week, including an American woman.

"The French did a great job. We appreciate it very much. And I've already communicated that feeling," Trump told reporters during a meeting with Hungarian Prime Minister Viktor Orban at the White House.

Two French commandoes died in the raid last week to free the hostages -- two Frenchmen, one South Korean woman and an American -- from their kidnappers, who officials feared had been about to hand the captives over to an Al-Qaeda-linked jihadist group.

Trump said the US "worked with them on intelligence," without giving further details.

The circumstances surrounding the American hostage's capture were still unclear Monday, with some officials speculating that she could have been in custody of captors for up to a month when she was rescued.

The US government has declined to comment about its national, but the ABC News channel has reported she was a tourist, aged in her 60s.