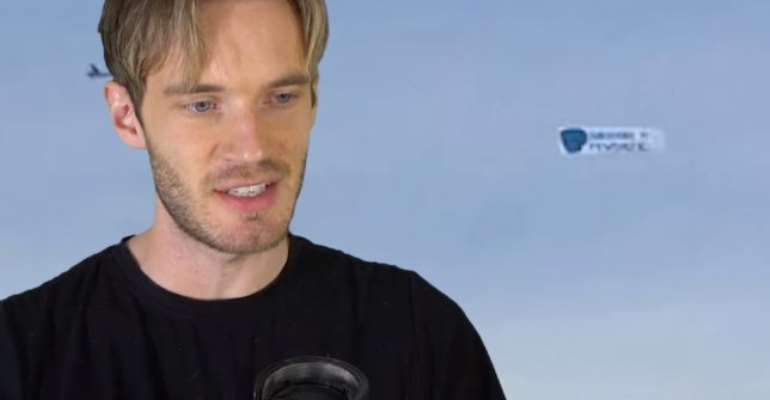 It should have been just another cheap and sordid episode best respected by being ignored. But this is a time which has embraced without qualification the Marshall McLuhan message about the medium being the irrepressible message, we are left with discussions about the vacuous rather than the substantial; the obtuse rather than the subtle. The way we serve the dish is far better than the dish itself, and all errors that follow within it matter most.

PewDiePie, an addictive Swedish YouTuber by the name of Felix Kjellberg, is the dandruff of online publicity. He exists because social media junkies and tech creators, in their lack of care, don’t moisturise. He profits because dry scalps are not tended to. The result is negligent indulgence more than anything else: he mastered a medium, drawing it out and straining it for as much as it would give him. “PewDiePie,” observed The Guardian in April 2018, “is not only the biggest celebrity on YouTube, but probably the entire internet.”

His leap to fame followed the YouTube script, with its admixture of playfulness, agitation and aggravation. Those wishing to be provoked watched his efforts and duly felt offended; others became fans and sharing obsessives. His fan base duly grew, many taken that this rabblerouser was being attacked for using new media against Jurassic old. Not only is he of the Internet, he has often been its critic, taking issue with various efforts in such shows as Meme Review.

Kjelllberg has not merely confined himself to gaming and comedy. He has also experimented, going farther afield from the lit confines of his studio box. He established a book club, tackling, on the way, American Psycho and The Picture of Dorian Gray. And there was that tome of tomes, Moby Dick.

Kjellberg the child was never far away from Kjellberg the provocateur eager to hurl faeces at intended targets. In endeavouring to stay ahead of the YouTube pack, he entered a puerile struggle with Indian film and music giant T-Series. His supporters obliged. The effort featured, along the way, a spectacular hack of 50,000 printers, purportedly by TheHackerGiraffe, to spread the subscription meme for the celebrity. By March this year there would be, at any one time, a mere 50,000 subscribers in the contest.

The raving effort also saw some cultural and language dynamite thrown in. T-Series became the subject of “Bitch Lasagna”, a video garnering some 190 million views. The Swede also felt it necessary to wade into some social commentary, notably after being surpassed by T-Series. “India got YouTube figured out,” he posed in the video Congratulations. “How about now you figure out how to fix the caste system… May be all those ads will solve your crippling poverty.”

Bollywood celebrities such as Arjun Kapoor, Varun Dhawan and Salman Khan felt it worthy to dedicate their time to cause of battling Kjellberg. The spectacle of an Indian corporate giant mobilised to pit an individual vlogger to the post (“selling pirated songs,” jests PewDiePie) proved distinctly unattractive.

Then came problems: Kjellberg’s online brand started finding its way onto World War Two memorials as an act of defacement; the shooter responsible for slaughtering 50 individuals at two Christchurch mosques in New Zealand had supposedly fallen for the Swede’s message. Then came a second gunman who reportedly uttered “Subscribe to PewDiePie”. He became a cipher for indignation and the alt-right. The anger of one could become the anger of many.

It was all a bit much for Kjellberg: his call to end the “Subscribe to PewDiePie” meme was published on April 28. By his own admission, it had begun as an experiment to elevate, and then keep him sufficiently notorious as the most subscribed YouTube channel. It started with “people doing fun things”. But, he conceded, having over 90 million riled followers would have come with its complement of “a few degenerates”.

Quite enough fun had been had. “I didn’t want to give the terrorist any more attention. I didn’t want to make it about me.” He did not wish having his “name associated with something so unspeakably vile”.

The moral lecture circuit is out in force assessing the contrition – after all, PewDiePie had been accused of previous flirtations with individuals sympathetic to the alt-right, white supremacism and anti-Semitism. Dani Di Placido, writing for Forbes, “genuinely” hoped that Kjellberg “manages to stay out of trouble. Having watched several of his video, it’s difficult not to like the man”.

Evan Urquhart, penning his views in Slate, went so far as to regard the tone of confession and reflection from Kjellberg as progress, writing much like a comforted pedagogue happy that a certain naughty strain had been arrested: “Now his young fans might understand why.” If only things could be easier, reflected Urquhart. “If only there were a clearer dividing line between racist scum we should shun forever and 13-year-olds who like lolz, this world would be an easier place to live in.”

The question always lurking in the back of such observations is whether moronic and even dangerous consequences, initiated by the untutored, qualify as necessities for interference by policing hands. The paternalist Presbyter is all out eager to make sure that we all behave (no, be told to behave); the social media spectacle, which is generally all huff and crumbs rather than body and conversation, is deemed entirely inappropriate, not because it is impoverishing and destructive to creativity, but because people might react.

PewDiePie has, for that reason, become a perfect manifestation of the problem: mass marketing a platform made readily available, and being scolded for doing it so damnably well. There is no reason why he should be praised: this is kindergarten angst written large, with a license to tease and vent. Social media junkies are gagging for a slice of his fame. The issue is how his own measure of mocking, ribbing and using that very same medium is now being used against him.

Even YouTube has taken issue with him, suggesting that he who profits and expands the name of the company too well is bound to be in for a spanking. As Kjellberg attempts some winding back, he will no doubt find it irresistible to become another flare in future dispute. The nature of the man; the nature of the medium.