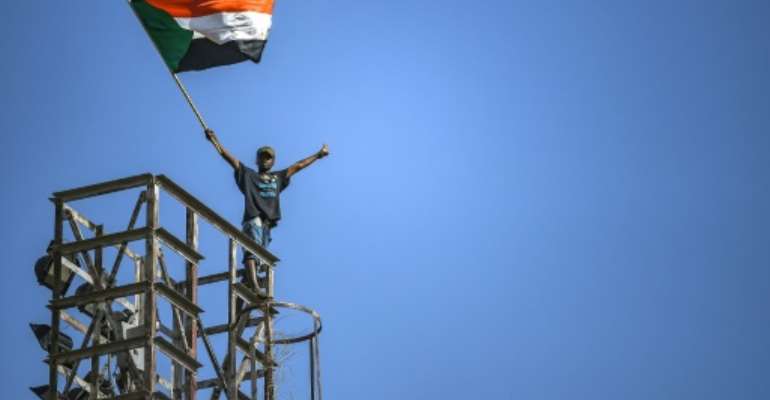 Sudanese protesters have called the ruling military council "a copy cat of the toppled regime". By OZAN KOSE (AFP)

Sudan's leading protest group called Tuesday for a mass rally, as tensions mounted over the makeup of a new joint civilian-military council to run the country.

Demonstrators reinforced their barricades outside the army headquarters in Khartoum after the two sides failed to agree on the number of council seats for civilian and military representatives.

The joint council is supposed to replace the military body that took power after the army ousted veteran president Omar al-Bashir on April 11 in the face of mass protests against his three-decade rule.

But the two sides are at odds over its composition, with the military pushing for a 10-member council including seven military representatives and three civilians.

The disagreements prompted the Alliance for Freedom and Change to announce a "million-strong march on May 2 to assert our main demand, which is for civilian rule".

Risking the anger of demonstrators, a top Sudanese general announced Tuesday that the new body would be headed by current military ruler General Abdel Fattah al-Burhan.

Protesters have called the military council headed by Burhan "a copy cat of the toppled regime". 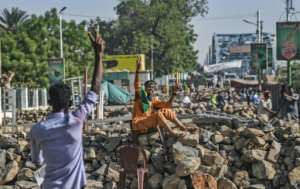 They want a majority of civilians on a 15-member joint council with seven military representatives.

Adding to the deepening discord, the military council said that six security personnel were killed in clashes with protesters across the country on Monday.

"In different incidents, six people from the security forces were killed and 16 wounded," said the council's deputy chief Mohammad Hamdan Dagolo, who is widely known as Himeidti.

"There were incidents of burning of markets and looting," he said, adding that protest leaders had told the military council any incident that took place outside the Khartoum sit-in site did not represent them.

Thousands of protesters began massing outside army headquarters in the capital on April 6, demanding that the armed forces back them in ousting Bashir.

Five days later, the army took power through a transitional military council, having deposed Bashir, after months of protests that began with unrest over a tripling of bread prices.

Since then the 10-member council of generals has resisted calls to step down.

But in a breakthrough on Saturday, the two sides agreed to form a joint civilian-military body to pave the way for a civilian government.

The joint council would be an overall ruling body, according to protest leaders, who want a separate transitional civilian administration to run the country's day-to-day affairs and work towards elections.

Late Monday, a Sudanese protest group said the army was trying to remove barricades and disperse the sit-in outside army headquarters, but witnesses said troops had not moved in.

"The army is trying to disperse the sit-in by removing the barricades," said the Sudanese Professionals Association (SPA), the group that first launched the protest movement against Bashir's regime. 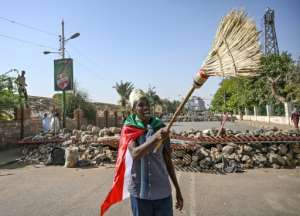 But the council's deputy head insisted it was "not against the continuation of the sit-in."

"We offered to help in providing support for protesters during Ramadan," the Muslim holy month of fasting that starts in May, Himeidti told reporters.

Lieutenant General Salah Abdelkhalik, also a member of the ruling military council, said the army would "never use violence against protesters".

Witnesses at the sit-in told AFP that protesters were strengthening some of the makeshift roadblocks.

"These barricades are for protecting us. We don't want any military vehicle to enter the sit-in area. We will not move until we have civilian rule," a protester told AFP.

Some demonstrators perched on rooftops of nearby buildings to keep watch for troops, while others sat on barricades holding Sudanese flags.

The protesters have won support from Western governments for their demands.

But Sudan's key Gulf Arab donors have backed the military council, while African states have called for more time for the army to hand over power to civilians.