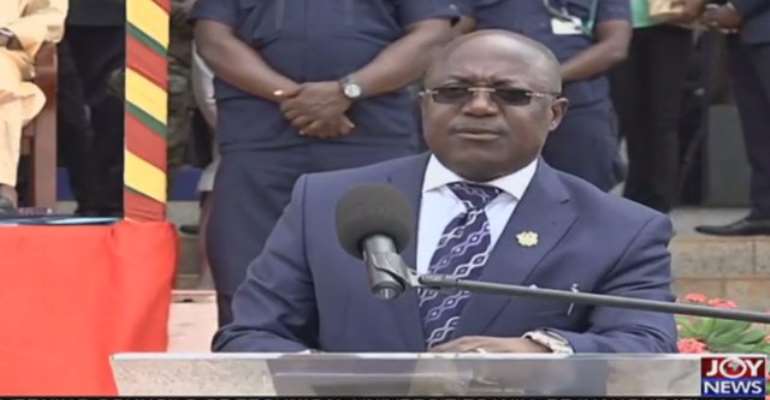 A decision by an Accra High Court signaling the Nationa Identification Authority to make GhanaPostGPS address mandatory to obtain Ghana Card is being appealed after it was thrown out at the High Court.

The plaintiff, Mr. Francis Arthur, who sued the National Identification Authority in 2018 for making the GhanaPostGPS digital address code a mandatory requirement for the acquisition of the Ghana Card, has filed an appeal against the decision of Justice Gifty Agyei Addo, an Accra High Court judge.

It may be recalled that the NIA has been turning away from its registration centres tonnes of Ghanaians, who could not provide a GhanaPostGPS digital address code. This practice, according to Mr Arthur, a legal practitioner, is inconsistent with the National Identity Register Act, 2008 (Act 750) as amended by the National Identity Register (Amended) Act, 2017 (Act 950).

However, Mr Arthur’s argument is that, a person needs not provide each and every one of the 31 pieces of information before being allowed to register for the Ghana Card. This, according to him, is because some of the pieces of information are mere alternatives. Particularly, he says that a person who provides a reliable residential address should not be refused registration merely because he or she could not provide the GhanaPostGPS address code.

However, Her Ladyship, in a terse judgement given on March 28, 2019, insists that the use of “shall” in the Act means that anyone who fails to provide all the 31 pieces of information must be turned away.

“Section 4 of Act 750 as amended by Act 950”, the Learned Justice wrote, “spells out the requisite information as follows …” (listing all the 31 pieces of information). “The wording of Section 4, as I see,” she concluded, “is mandatory with no exclusion to the information required.”

However, speaking in an interview in his office at Airport Hills, Accra, Counsel for Lawyer Arthur, Mr Justice Srem-Sai, explains that “every lawyer knows that the use of ‘shall’ in a legislation does not always carry a mandatory import.”

“It is, therefore, exceptionally baffling why Her Ladyship could, even in the face of clear absurd result, insist that the use of ‘shall’ in the law means every Ghanaian should provide all the 31 particulars cumulatively,” Mr Srem-Sai noted.

Asked what he thinks of the entire judgement, Mr Srem-Sai replied that the judgement “is a clear case of a learned judge misapprehending the legal issues presented to her.”

Meanwhile, the Plaintiff, Mr Arthur, hints of his intention to call for an audit of the NIA register to find out if all the persons registered so far were able to provide all the 31 particulars.

“If not, then the NIA has to answer to Her Ladyship, who obviously thinks that the ‘shall’ used in the Act makes the provision of the digital address code mandatory,” he added.

It usually takes not less than four months for the Court of Appeal to decide an appeal of this nature.

Komenda Sugar factory to be operational in 2022 — Akufo-Addo...
11 minutes ago

MMDCEs confirmation: Henry Quartey is a master tactician, I ...
11 minutes ago