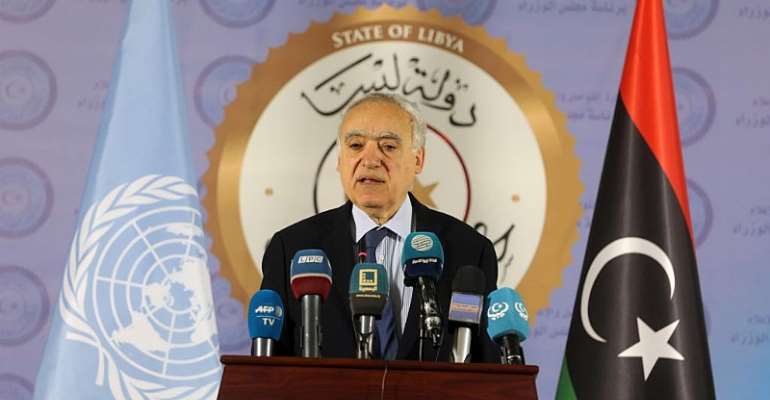 The UN special envoy to Libya announced on Saturday there would be no delay to the UN-backed conference planned for a week from Sunday despite the ongoing fighting.

"We are determined" to hold the talks "unless major circumstances prevent us", UN Special Envoy to Libya Ghassan Salame said at a press conference in Tripoli, Libya's capital.

The talks are scheduled to take place in Ghadames, in the southwestern part of the country from 14 to 16 April with elections on the agenda as a way to take Libya out of an eight-year crisis.

However, a political consultant to Haftar said that the road map of the Libyan National Congress will not see the light of day.

“And even if it results in a national government, it would be at the service of the political current of the armed militia and its decisions will not be applied in the other regions, and therefore we will commit again the same failure of the Skhirat agreement,” Faraj Zeidan, a political consultant to Colonel Khalifa Haftar told RFI in Arabic.

He cited the Libyan Political Agreement signed in Skhirat, Morocco, in December 2015 that recognized the Western-backed Government of National Accord (GNA) as the only legitimate government in Libya. The deal has since fallen apart after the Libyan House of Representatives withdrew its support of the GNA by voting against it in 2016. It is now only backed by a few national organs.

Egyptian Foreign Minister Sameh Shoukry with with his Russian counterpart Sergei Lavrov in Cairo on Saturday to discuss the ongoing crisis. Shoukry stressed that the issues at hand could not be solved through military means, but is still worried about the security situation there.

"Egypt has supported from the beginning a political agreement as a tool to prevent any military solution" in Libya, Shoukry said during a joint press conference.

Russia wants all of Libya's political forces to find an agreement, but warned against foreign meddling in Libya, said Lavrov.

Russia and Egypt have been supportive of Haftar.

Meanwhile, the foreign ministers of the Group of Seven Nations countries announced at their meeting on Saturday agreed to put pressure on those who are behind the violent power struggle in the country, namely Haftar, in order to avoid a military escalation, said German foreign Minister Heiko Maas.

"We are agreed that we must use all the possibilities at our disposal to exert pressure on those responsible in Libya especially General Haftar, so that we avoid any further military escalation. We all agreed," Maas told reporters, adding that France and Italy, who had direct connections to the country, would put pressure on Libya.

"The situation is very worrying and we cannot accept a further military escalation," he said.

"You Were Not A Vice President When MoMo Was Introduced 11ye...
36 minutes ago