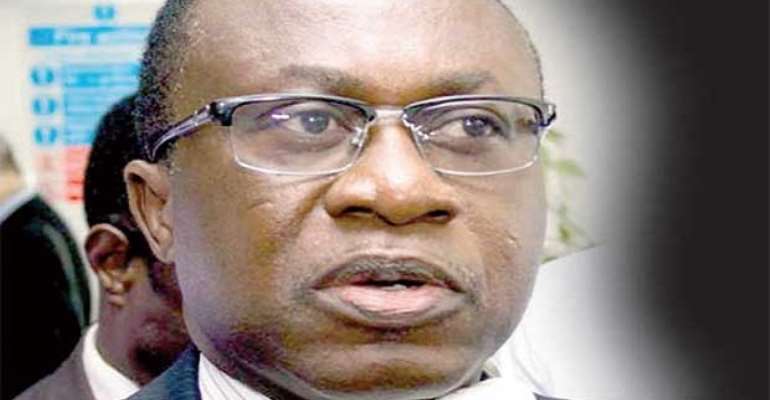 Some high-ranking officials of the National Security under the erstwhile Mahama administration Ghana did not 'require' the controversial Pegasus equipment purchased by some former board members of the National Communications Authority (NCA).

Alhaji Baba Kamara, who was the National Security Advisor to former President Mahama, is quoted as saying that Ghana did not need the cyber security equipment at the time of the transaction.

Chief Inspector Michael Nkrumah, the investigator in the trial of former board chairman of the NCA, Eugene Baffoe-Bonnie, and four others, told the court during cross-examination that although Baba Kamara was aware the NCA had bought the equipment, he did not know that it was the Pegasus cyber security.

He added that Baba Kamara got to know about the Pegasus equipment after the transaction had been concluded.

Chief Inspector Michael Nkrumah also told the court that Yaw Donkor, who was the then National Security Coordinator, also affirmed Baba Kamara's position that the country did not require the equipment at the time.

During the cross-examination by Abu Juan, who held brief for Thaddeus Sory, counsel for Mr. Baffoe-Bonnie, the investigator insisted that he was telling the whole truth to the court.

The lawyer asked the witness whether in the course of his investigations he valuated the equipment to establish financial loss as being proclaimed by the state.

The witness also told the court that there was no record of the contract between the NCA and Infraloks Development Limited (IDL) for the supply of the said equipment.

Another defence lawyer, Godwin Tamakloe, counsel for William Tetteh-Tevie, confronted the witness with minutes of NCA board meeting which showed that the board had ratified certain payments some months after they were made.

The lawyer then put it to the witness that prior board approval is not the basis for executing contracts at the NCA.

Chief Inspector Nkrumah, however, debunked the assertion, saying the existence of a board approval for those contracts ensured the ratifications.

I Will Soon Deal With The Callous Agenda Of Bile From The L...
25 minutes ago