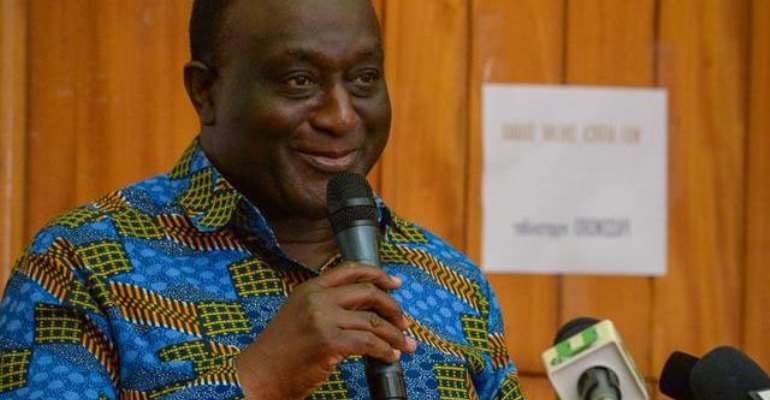 It has emerged that the erstwhile Mahama administration was on the verge of handing over the controversial Komenda Sugar Factory in the Central Region to the highest bidder.

The factory, which was revamped in May 2016, never produced sugar as expected although the previous Mahama administration made Ghanaians to believe that all was well after spending some $35 million from an Indian EXIM Bank facility on it.

The factory, according to the NDC, had the capacity to crush 1,250 tonnes of sugarcane per day and was expected to provide 7,300 direct and indirect jobs but it never happened.

Minister of Trade and Industry Alan Kwadwo Kyerematen made the disclosure in Parliament yesterday.

He said the Komenda Sugar Factory had been lying idle because of some financial, technical and legal challenges associated with it.

The minister said after the Mahama administration had commissioned the factory, it attempted to divest its majority shares to a private investor.

However, the idea was aborted due to the failure of the identified investor to fulfill the obligations under the Sale and Purchase Agreement.

“Mr. Speaker, the ministry, in an effort to put the factory to viable commercial production, decided to initiate a new process in collaboration with the transaction advisor PricewaterhouseCoopers (PwC) to attract a strategic investor to acquire the assets of the Komenda Sugar Factory and manage the company's operations,” he said.

The Minister of Trade and Industry was in the House yesterday to answer a question on why the Komenda Sugar Factory had been shut down.

The question was posed to him by the NDC MP for Komenda/Edina/Eguafo/Abrem, Dr. Samuel Atta-Mills under whose jurisdiction the factory is located.

He further told Parliament that the ministry in September 2017 commissioned a technical audit of the factory to ascertain the factory's technical and operational status.

Mr. Kyerematen pointed out that after the technical audit, it was established that the test-run after the factory was initially commissioned was not completed due to insufficient sugarcane.

He further explained that certain processing component units such as the melt clarification unit, vertical crystallizers and dosing system were not fully installed during the test-run.

"You Were Not A Vice President When MoMo Was Introduced 11ye...
11 minutes ago