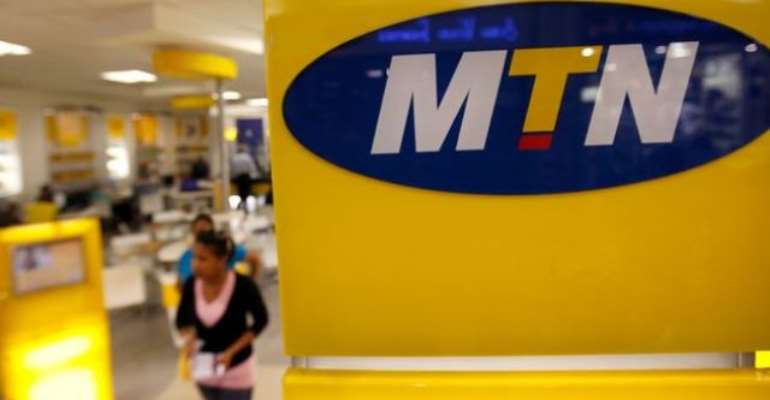 MTN Ghana is gearing up to acquire the two remaining 2x5MHz spectrum lots in the 800MHz band that were left after Vodafone Ghana bought one for US$30 million December last year.

“MTN intends to acquire this remaining spectrum to enable it to continue to give its customers an increasingly better experience on the network,” Corporate Services Executive at MTN, Robert Kuzoe wrote to Adom News in response to a questionnaire.

When National Communications Authority (NCA) auctioned three separate 2x5MHz spectrum lots in the 800MHz band, it excluded MTN from the tender process because MTN had already acquired a 2x10MHz lot in the same band in December 2015.

But the NCA did indicate that other 800MHz spectrum holders would have the opportunity to buy the spectrum in case it was not allocated at the end of the process.

At the close of the bid process, only Vodafone Ghana won one of the three spectrum lots and the two were left.

Robert Kuzoe said, following Vodafone winning only one of the spectrum lots, “MTN enquired about the availability of the remaining spectrum.”

He said in January this year, MTN wrote to officially express its interest in acquiring the remaining unallocated two (2) lots 2x5MHz spectrum in the 800 MHz band.

Recently, MTN announced that it had acquired the 2x15MHz spectrum lot in the 2600MHz band from Goldkey Telecoms, on the back of which it launched its 4G+ network with a stated download speed of up to 300megabits/second.

This was introduced on the same day Vodafone Ghana launched its 4G services and also stated that some of its 4G sites had 4.5G networks.

Even though NCA had long indicated that players like MTN would have the chance to acquire the unallocated 2×5MHz spectrum lots, some industry players believe that allowing a big player like MTN to acquire those two lots in addition to what it already has, would defeat the whole purpose of creating a level playing field, as promised by the NCA Boss Joe Anokye early last year.

An industry expert who has been in the 4G space longer than both MTN and Vodafone, told Adom News if MTN is able to acquire the remaining two 2x5MHz spectrum lots, it will stretch its lead in the 4G space even further.

“It would mean that MTN would have 2x20MHz in the 800MHz band and 2x15MHz in the 2600MHz which makes Vodafone’s 2x5MHz relatively and completely insignificant in terms of speed and capacity,” he said.

Vodafone did state that it had installed equipment that offers 4.5G services on the back of same 800MHz spectrum band at some of its cell sites.

The company explained to Adom News that it employs a multiple-input-multiple-output (MIMO) technology at those selected sites to ensure that customers who have access to those sites got improved experience, characterized by faster upload and download speeds.

But the industry expert insists Vodafone is still at a big disadvantage even at this stage when MTN has not even acquired the remaining two spectrum lots yet, adding that “this is not good for the industry because the playing field is still not level.”

The expert is therefore urging the NCA to allow Vodafone and the other telcos like AirtelTigo and Glo to partner with the BWAs so that they can also access the high capacity spectrum lots in the 2600MHz to improve on services for their customers.

“This is a good time for the NCA to allow BWAs to partner with any of the MNOs (telcos),” he said.