Farmer Who Butchered Colleague Farmer Awaits His Fate In Court 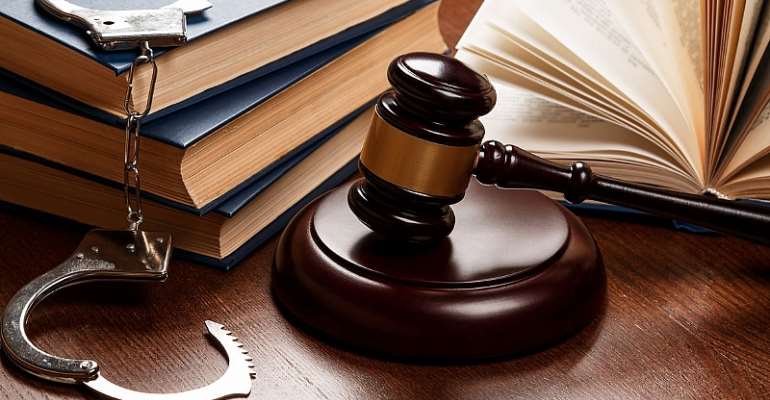 Karim Abdul Ramah, 45 years, a farmer at Kofiase in the Mampong Municipality, who appeared before an Nsuta Circuit Court presided over by Justice Abdul Yussif Assibey, for using an offensive weapon and causing harm to Fatal Muhammad also a farmer at Kofiase will know his fate come April 4th, 2019.

He has pleaded guilty to the two counts and the court remanded him into prison custody to reappear before the same court for judgment on Thursday, April 4, 2019.

Prosecuting, DSP Ransford Nsiah, told the court that both the complainant and the accused were both farmers at Kofiase farming on the same land with a common boundary.

- He said on Sunday, March 3, 2019, both of them met on the land and a fight broke out over the boundary and in the process, the complainant bit a finger of the accused during.

The accused then used a cùtlass anď stabbed the left chest of the complainant.

The complainant reported the case to the Kofiase Police and after investigation, the police arrested the suspect, charged him with the offence and brought him before the court.