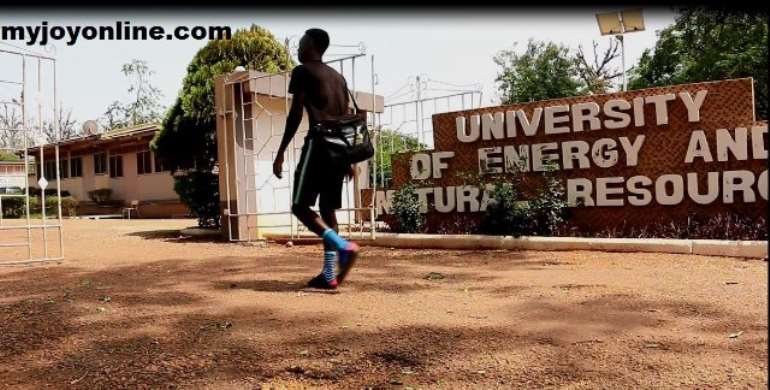 University of Energy and Natural Resources

Nhyira News sources say though sanctions were recommended against Mr. Ofoe about three years ago, nothing was done. Amid such adversity, another victim, 20-year old Eva mustered courage and reported the matter to Sunyani District Police Command.

It followed distribution of her nude pictures and video to some students, whilst the suspect demanded 4,300 Ghana cedis from her.

"Actually he's called Benjamin Ofoe. He asked me to pay Gh4,300 and I told him I don't have that kind of money. Then he said I should sell my laptop and mobile phone so I will give him the money. I said okay but I didn't give him the money". 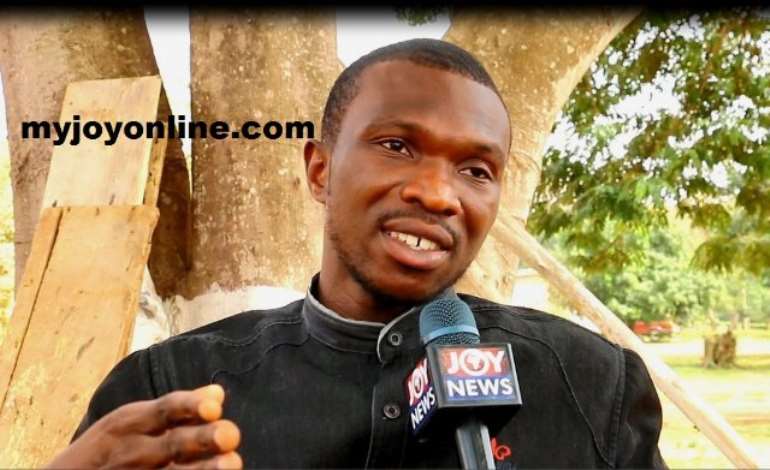 Police investigations led to retrieval of two SIM cards, one bearing a Tigo number the suspect used to distribute nude pictures and videos of complainant.

"During interrogation and his investigation cautioned statement, accused person denied the offences. Later accused person led police to his place of abode located around Zinko Area/Sunyani.

A search was conducted in his room where two Sim Cards were found in the said room, one bearing the said MTN number 0552878230 onto which the complainant sent her nude pictures and videos to the unidentified person and the other bearing Tigo number 0270625265 that was used to distribute the nude pictures and videos to the complainant, the two students that is Amoyaw Ketis and Sophia Adu," Sunyani District Commander, DSP Kramoh said.

Eva tells Nhyira News she is happy to have blown the suspect’ s cover. Benjamin Ofoe initially denied knowledge of circulation of nude pictures and videos.

"I don't have any idea of circulation of any nude pictures or whatsoever , " he said.

He later accused university authorities of hiding behind fund misappropriation war he started against the SRC to victimize him.

When I tried to understand the link between the two incidents, however , he confirmed having been arrested in March while the alleged misappropriation occurred in June, last year.

"For me I don't want to draw any link but the thing is that you [University] think you have an issue you want to pursue and so you ask the police to help you. I don't have any problem. We are trying the matter, "he insisted. 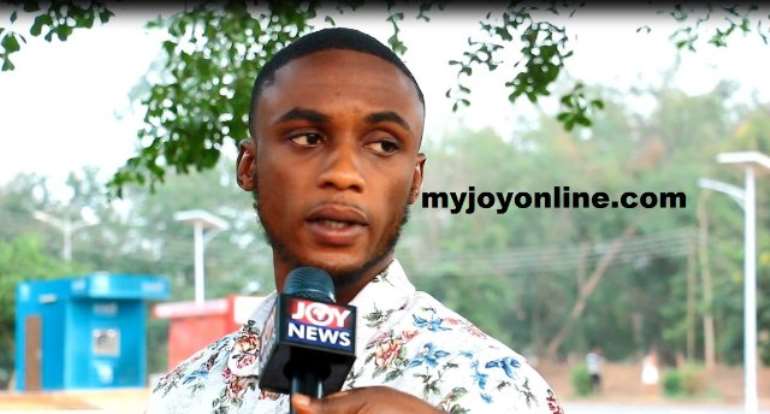 The Student Representative Council faults university authorities for inaction after it received several complaints from victims.

In a letter dated March 7, 2019 and addressed to the Vice Chancellor, the University Council expressed worry over authorities failure to act.

"We fear that if there's no punitive action meted out to this boy, virtually it serves bad precedent for discipline in the school. We the SRC are not comfortable with the fact that nothing has been done to this gentleman and we feel that there should be an action to serve as deterrent,". SRC President, Yeboah Murdock lamented.

University authorities however say they have done their best despite what they describe as impediments in their way by suspect.

According to him, the accused student, who had then been arraigned at the Sunyani District Court "B" brought an interlocutory injunction over what he describes as “double jeopardy.”