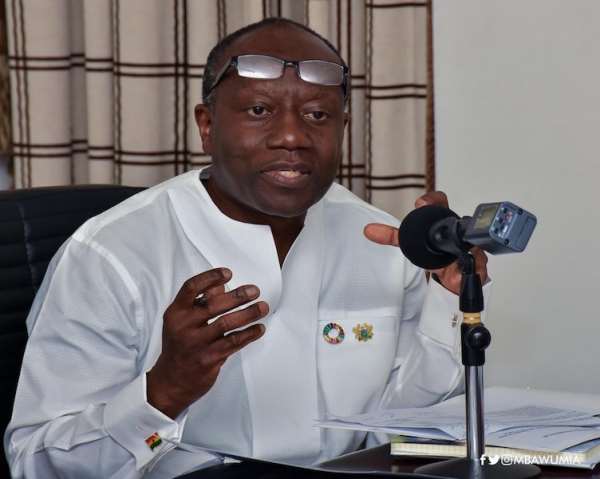 The Finance Minister Ken Ofori-Atta has revealed that the government will constitute a bi-partisan committee to probe the recent depreciation of the cedi and suggest measures to curb it.

Addressing Parliament Thursday, the Finance Minister said “Mr Speaker, the president has directed that I investigate the structural causes for the depreciation of the cedi and to propose measures to address the situation. The government and I will put a bi-partisan committee together to proceed immediately.”

The Minister’s statement comes after the cedi recently hit an all-time low recording a rate of GHS5.86 to a $1.

However, the local currency which was described by Bloomberg as the weakest currency in Africa started picking up after the sale of the $3bn Eurobond by the government.

But according to Mr. Ofori-Atta, drop in the cedi was not due to the weak fundamentals of the economy stating that the fundamentals of Ghana’s economy are strong enough to support economic growth.

“The depreciation of the cedi was not due to weak economic fundamentals but rather a combination of economic structural rigidities and apparent speculative behaviour of foreign investors and market participants…It is also noteworthy that while this is a challenge, the cedi has, however, performed better over the last two years than when compared, specifically from 2012 to 2016.”

“Mr Speaker, indeed, the cedi’s recovery had started even before the Eurobond was issued, and, if I may add, before the Vice-President’s visit to India.

“What the Eurobond issuance did was confirm the confidence investors have in our economy with their $21 billion rush, which supported the recovery because of our successful macroeconomic turnaround as well as the implementation of various policy measures”.