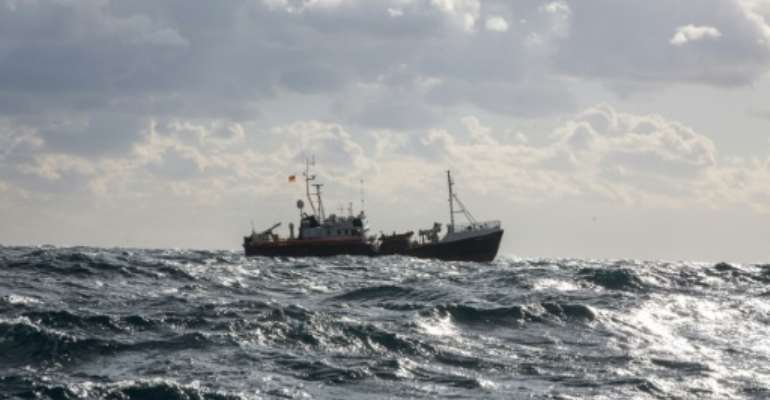 Italian officials seized a migrant rescue vessel, similar to the one pictured January 2019, as part of an investigation into illegal immigration filed against the ship's captain, but the sequestration order has been lifted. By FEDERICO SCOPPA (AFP/File)

Italian prosecutors have lifted a block on a boat that rescued 49 migrants off the Libyan coast and brought them to Italy in mid-March, the collective operating it announced Wednesday.

"Happy to announce that the Mare Jonio is free," the Mediterranea collective of aid groups announced.

Prosecutors in Agrigento, on the southern island of Sicily, had said the sequestration order on the boat had been lifted, it wrote online.

Officials seized the vessel on March 19 as part of an investigation into illegal immigration filed against the ship's captain, Pietro Marrone and the mission chief Luca Casarini.

Although a Libyan coastguard vessel was nearby when the migrants were rescued, the crew preferred to take the migrants to Italy, as their safety and wellbeing could not be guaranteed in Libya.

Even though the Italian authorities had ordered them to stay away, the boat had to shelter from storms off the island of Lampedusa.

Marrone and Casarini are still under investigation over that incident, the Italian news agency ANSA reported.

The authorities seized the vessel for having ignored those instructions, and at that point the migrants were able to disembark, at least one of whom required medical attention.

Over the past few weeks, there have been no aid vessels patrolling the Mediterranean, but the German group Sea-Eye has announced that its boat, the Alan Kurdi had set sail on Tuesday and would resupply at Majorca, Spain.

The boat is named after the Syrian boy who was found drowned on a beach in Turkey in September 2015.