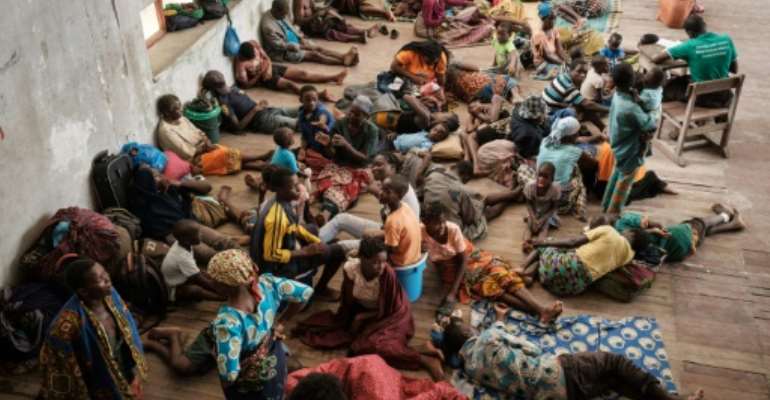 People in Buzi, a district of Beira, take shelter in a secondary school. By Yasuyoshi CHIBA (AFP)

Aid workers faced disarray and a clamour for help Friday as they headed out across central Mozambique, battling to help tens of thousands of people battered by one of southern Africa's most powerful storms.

A week after Tropical Cyclone Idai lashed Mozambique with winds of nearly 200 kilometres (120 miles) per hour, the rescue effort rose up a gear but the situation was often chaotic. 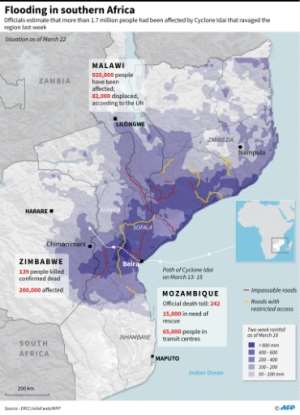 "It was slow to start, it is now accelerating thankfully. We need to accelerate and expand," World Food Programme (WFP) spokesman Gerald Bourke told AFP.

"We are not yet where it needs to be," Bourke said.

"We are broadening the effort. Itâ€™s going to take a lot more because this is going to run for quite a while."

Relief agencies said the gravity of the cyclone and scale of the flooding it unleashed had been stunning. 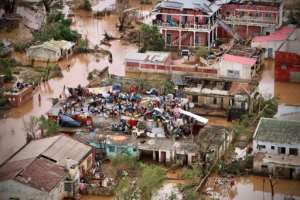 The confirmed death toll in Mozambique and neighbouring Zimbabwe is nearing 400, and around 1.7 million people have been affected, according to estimates that include storm victims in southern Malawi.

Districts west of the Mozambican port city of Beira resemble an inland lake, and thousands of people are still trapped on roof tops and on tree branches.

More than 65,000 people are already in shelters across in central Mozambique and other sites are being opened. 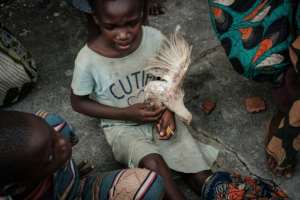 In Dondo, near Beira, food distribution finally started on Thursday at one of 20 schools transformed into emergency shelters.

"But they don't give it to everyone, they only give it to those who are in the rooms. But those outside receive nothing," she said.

Victims who are not housed in the centres complain that they have been forgotten and for those lining up for something to eat, the food is insufficient.

"I have four children, and they're only going to eat bread? Give me a bag of aid," demanded one man, who did not give his name. 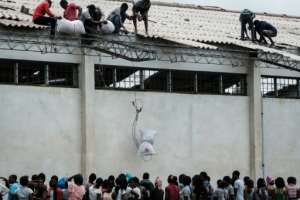 "People have suffered for weeks here, and they are understandably worried. This is a very difficult situation, on a massive scale, the response is building, youâ€™re going to have hiccups, (but) a lot more people are weighing-in," said Bourke.

The United Nations has launched an appeal for assistance but said it did not yet have enough information to give an accurate estimate of the need.

The United States said Thursday it had sent a team to cyclone-hit Mozambique to provide safe drinking water and other necessities.

Aimee Lauer, who is heading the response for the US Agency for International Development (USAID), said that an initially light 15-member team was en route to Mozambique.

The response could be scaled up once the scope of the disaster becomes clear.

Neighbouring South Africa has had teams in Mozambique for nearly a week, having sent in rescue teams 24 hours after the cyclone struck, helping airlifting people from trees and roof tops.

"Thereâ€™s hundreds of people that we've removed to safety, but now there is a second phase of the operation," to provide humanitarian aid to the displaced," inspector general Padi Khoase of the South African army told AFP. 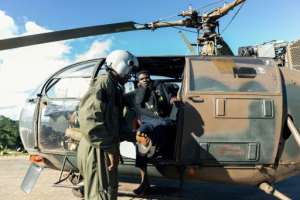 "So that operation is actually unfolding as we speak," he said.

There are still some 15,000 stranded people "in bad shape" and still needing to be saved, many of them on rooftops or even in trees, Mozambican Land and Environmental Minister Celso Correia said on Thursday.

On Friday authorities were to deploy new techniques in order to calibrate their response.

"We are using drones, and we will get a better idea of the affected zones," said Correia.