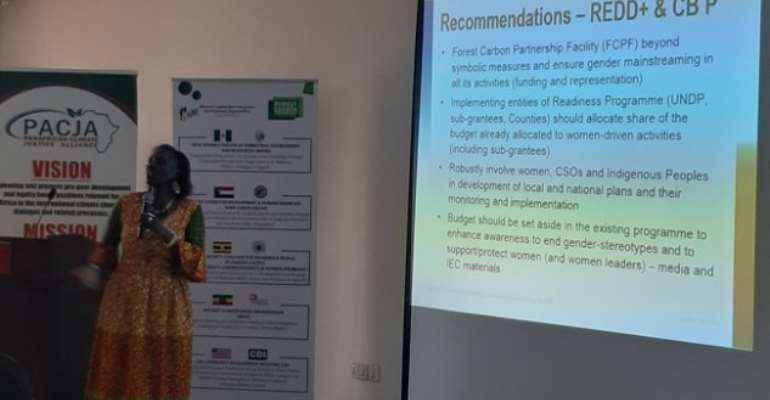 Despite women being disproportionately affected by climate change, they play a crucial role in climate change adaptation and mitigation.

Women have the knowledge and understanding of what is needed to adapt to changing environmental conditions and to come up with practical solutions. But they are still a largely untapped resource.

Mrs Salina said unleashing the knowledge and capability of women represents an important opportunity to craft effective climate change solutions for the benefit of all.

“Restricted land rights, lack of access to financial resources, training and technology, and limited access to political decision-making spheres often prevent them from playing a full role in tackling climate change and other environmental challenges.”

Betty Maitoyo is a Gender Specialist with the Indigenous organisation, Mainyoto Peoples Integrated Development organisation (MPIDO) which co-hosted the meeting with PACJA.

She observes Forest Carbon Partnership Facility (FCPF) for instance should move beyond symbolic measures and ensure gender mainstreaming in all its activities (funding and representation).

Countries, according to her, should robustly involve women, CSOs and Indigenous Peoples in development of local and national plans and their monitoring and implementation.

“Budget should be set aside in the existing programme to enhance awareness to end gender-stereotypes and to support project women and women leaders”.

In 2015, women made up on the average 38 percent of United Nations Framework Conventions on Climate Change (UNFCCC) national delegation. 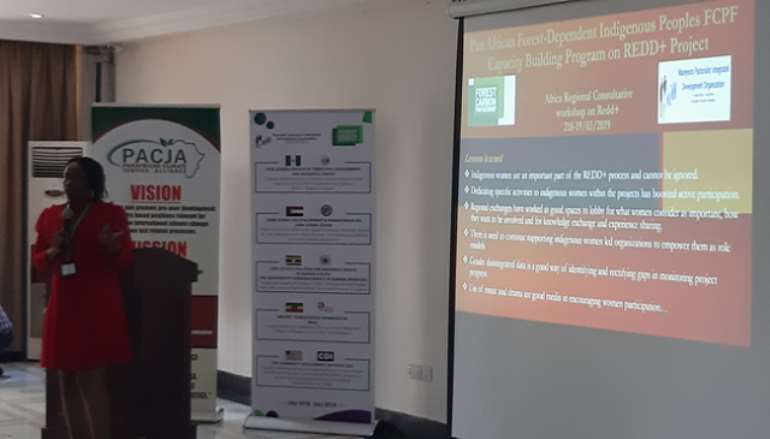 According to records from the Roots for Future, IUCN-GGCA, in the same year, the participation of women on climate finance mechanism boards was not impressive.

This is a trend that the women groups and other civil society organisations at the meeting expressed as woefully inadequate.

For Mrs Maitoyo, Climate finance should be accessible to both men and women and designed to generate mutual benefits, not exacerbate patterns of inequity.

For instance, women accounted for 29 percent whiles the men 71 percent of National Focal Point of the Global Environmental Facility at the Rio deliberations.

United Nations Climate Change negotiations, void of gender-related texts and discussions until 2008, have more recently reflected an increased understanding of the links between gender equality and responding to climate change.

It has become necessary because women have bore the biggest brunt of climate change, the impact and effect much more than they affect men.

Climate change impacts and responses are not gender-neutral; thus climate financing mechanisms and resource allocations meant to address these differentiated impacts must be gender-responsive.

According to him, the indigenous knowledge of the indigenous women since they are directly impacted by the effect of climate change cannot be overlooked and must be tapped.

“Their worth of indigenous knowledge is a crucial aspect to effectively and equitably designing, implementing, and funding climate solutions.”

Gender-responsive climate finance architecture can play a profound role in supporting a comprehensive climate change framework and complementary sustainable development pathway that promotes an equal and resilient economy for women and men.

It is therefore important to ensure equal space and resources for women and men to participate in climate change decision making and action at all levels.